A teenage girl has shared her horrible experience of sexual assault at a budding singer’s farmhouse in Lahore.

The 16-year-old girl has claimed that singer, Salar Shamas, assaulted her in a drunken state and later threatened her with his influential background.

Memes: Arnab Goswami trolled over his ISI and Kabul Serena…

A post shared by Wall of Shame Pakistan (@wallofshamepk)

Salar Shamas is a singer based in Lahore and a graduate of Beaconhouse National University Lahore.

He has been accused of sexually harassing women. The Ay Tere Bin singer also threatens them with his “outreach” and influential brother.

However, Shamas took to his social media and denied the allegations where his brothers also stood up for him. The musician also did a live session on social media in which he used abusive language.

I categorically deny the accusations levied against me by wallofshame. The chats are fake. I’m in shock, I’ve never and would never commit the heinous acts I have been accused of. I want to apologize to everyone I may have offended with my unsavoury reaction to the situation.

I recognize and sympathize with the plight women face in our society. Justice is hard earned. However, you must also not take lightly people who use the women movement to malign innocent people. Let the law take it’s course.

Bullcrap. Me and my brothers were with our friends all day. No one went to her house, cause she doesn’t exist. I’m no rapist or pedophile. I’m going to take you and this page’s admin to court for all this. https://t.co/cip17VoS2w 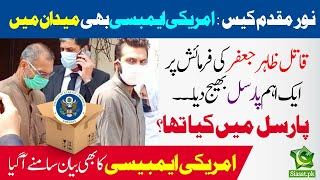