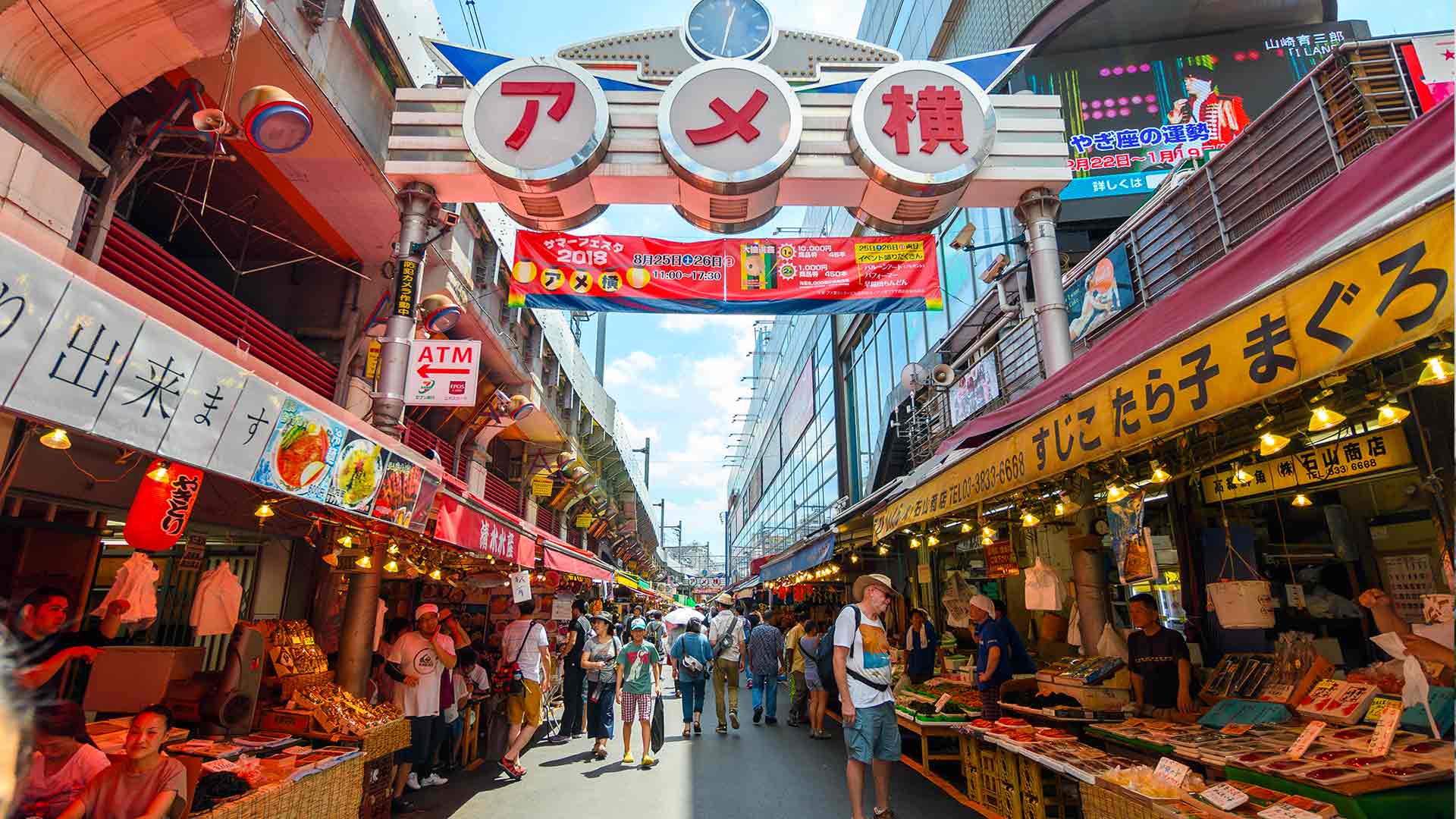 Japan has one of the lowest obesity rates in the world. According to GlobalData epidemiologists, Japan’s obesity rate is only around 4%.

On the other hand, more than 43.9% of Pakistan’s population is suffering from obesity, according to the World Health Organization (WHO).

This has little to do with genetics and is mostly concerned with how the Japanese and Pakistanis live their lives.

In this blog, we will ponder upon five things, as proven by science, on why the Japanese are so slim, and what can Pakistanis learn from them.

It is pertinent to note that, unlike the Japanese, the Pakistanis are very diverse and have different social and cultural eating habits amongst various ethnic groups.

So, this blog will focus on those things that the majority of typically Pakistanis eat, regardless of their socio-ethnic backgrounds.

There is no doubt one of the main factors why the Japanese are so slim is due to their diet, which is high in carbs and low in saturated fats.

Their main dishes of choice include vegetables, grain, and seafood.

For proteins, the Japanese people have historically relied on fish and other seafood, but meat is becoming common, although it is consumed in moderation.

Dairy products and fruits are also consumed in moderation.

The Japanese prefer to stay away from salty and sugary foods and drinks, such as burgers and fizzy drinks.

Moreover, the Japanese follow dietary guidelines presented by the government. These guidelines encourage the eating of fresh food that is cooked at home. 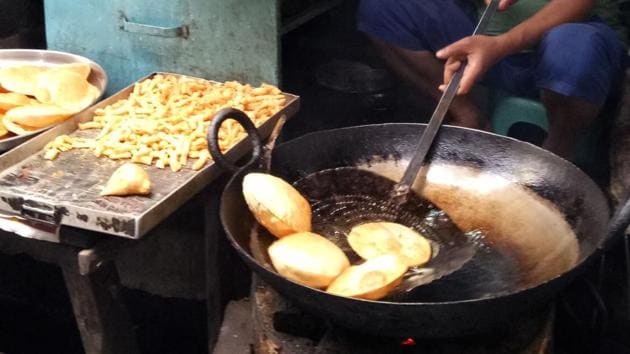 Meanwhile, most Pakistanis start the day with oily halwa puri or ghee-fried paratha, which is high in unsaturated fats.

The rest of the day is no healthier, on a comparative level, with the people just concerned about filling their bellies with something, not caring if it is nutritious or not. 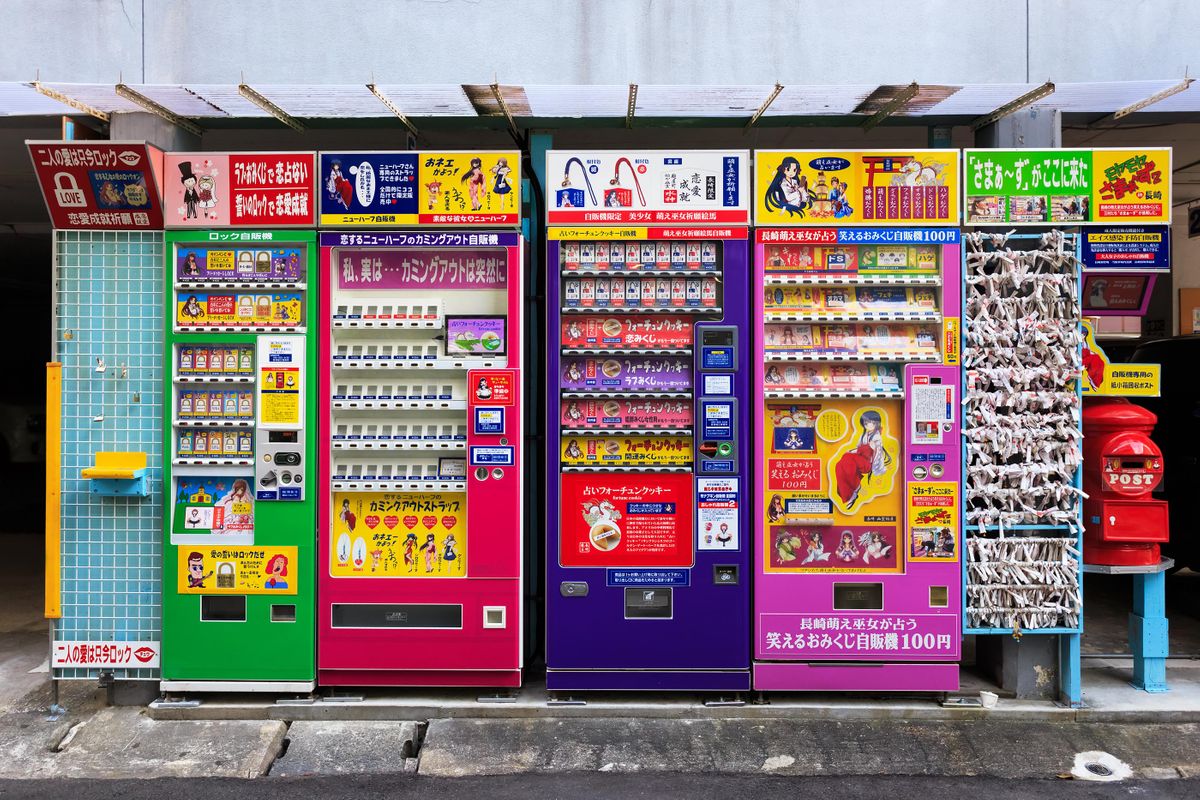 This might come as a surprise as Japan has the highest vending machines per capita in the world.

This might lead you to assume that the Japanese gobble exotic snacks, such as and Wasabi Kit Kat and Coca-Cola Vanilla, now and then.

The people who do consume snacks eat them in small quantities and moderation.

On the other hand, as soon as the afternoon kicks in, Pakistanis go out in the streets to have some fried piping hot samosas with mouth-watering chutneys. 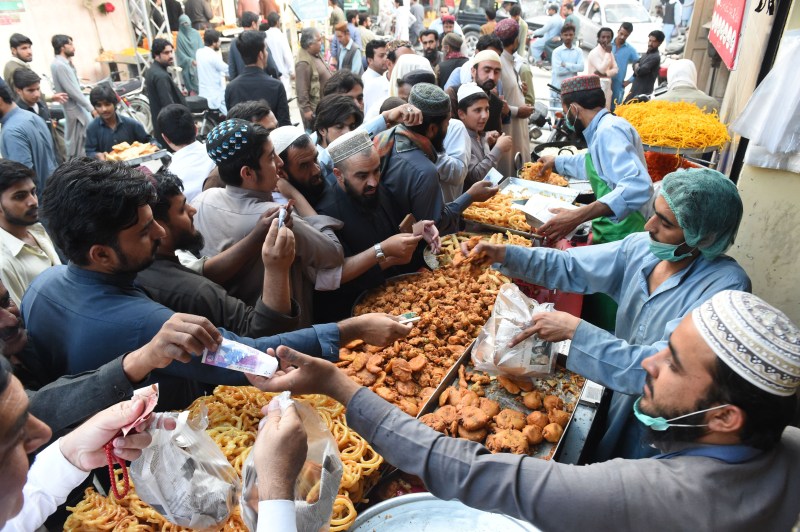 As the sun goes down, the cities are filled with the aroma and smoke of the kebab skewers, as people stand in long queues, most of them breaking it, just to get a bite of a sizzling seekh kebab wrapped around a fried paratha.

Sounds yummy, but not so nutritious.

The Japanese people have a hectic schedule, which does not leave them a lot of time or opportunity to prepare a nutritious home-cooked meal.

So, they do resort to fast food; Japanese-style, though.

The Japanese version of fast food is a lot healthier and resembles home-style cooking.

It is pertinent to note that Japan has all of the renowned fast-food brands, such as KFC, Burger King, and McDonald’s.

Nevertheless, the Japanese still prefer a traditional home-cooked meal as they have been raised keeping nutrition in mind. 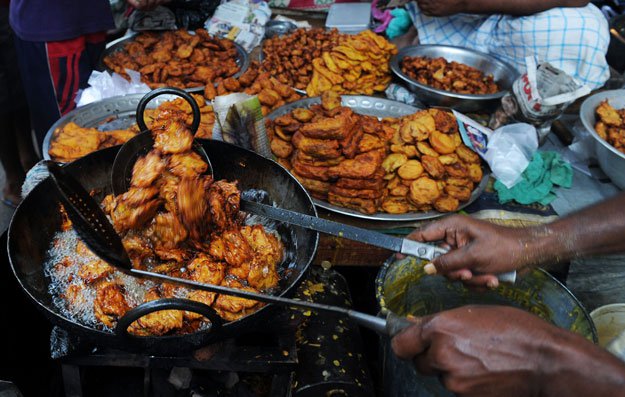 Meanwhile, if they can afford it, Pakistanis love eating fried kebab rolls and creamy malai botis, all while throwing the trash of food boxes on the streets after eating and ranting about how corrupt the government is.

“Portion sizes”, a word unknown to most Pakistanis. Our desi people prefer having large quantities of food on the plate stuffed together like there is no tomorrow.

Even the so-called ‘civilized leaders of the community’ experience a short-memory syndrome when they go to weddings and their plates are filled with biryani soaked in qorma and a tower of sheermaals and taftans over them. 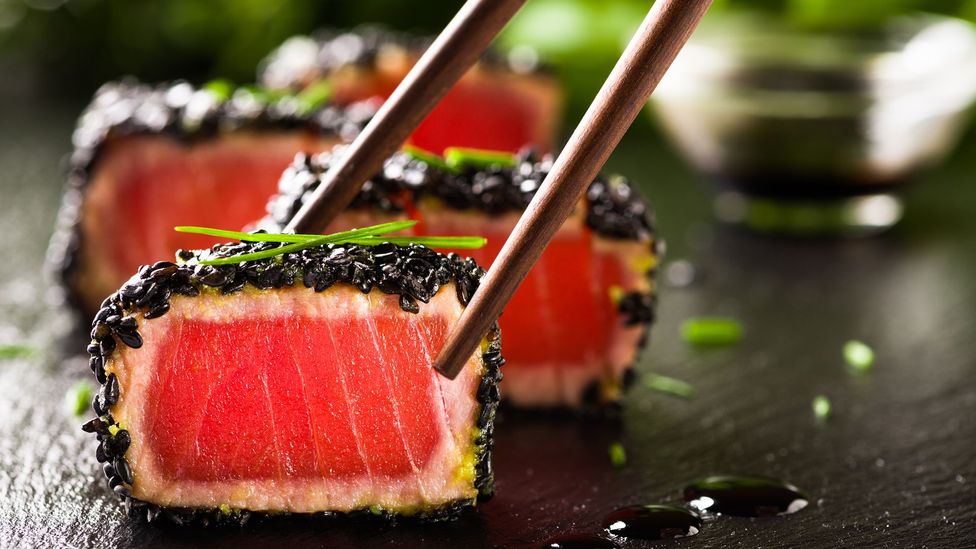 On the other hand, Japan has a culture of eating in small portions. The food there is not served on one big food plate, but on several small ones, kind of similar to that served in the subcontinental thaal.

At a typical Japanese mealtime, the dinner table might be filled with an assortment of dishes; all packing a variety of nutrition. 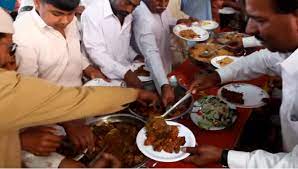 I would not be completely wrong to say that most Pakistanis live to eat. Food is eaten hastily and without much attention.

The purpose of food is to fill your belly as soon as possible to briefly ‘satisfy’ your cravings. This distracted eating often leads to overeating without one realizing it.

On the other hand, the Japanese remove distractions while eating to focus on savoring each bite. 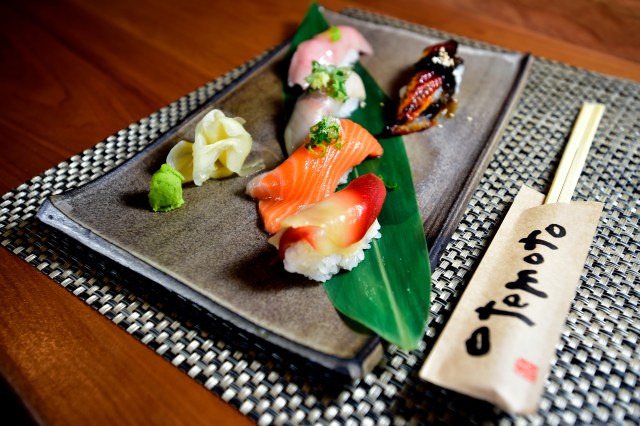 Eating in Japan is treated with respect and people sit formally at dining tables.

This allows them to notice when their stomachs are full and prevents overeating.