Dr. Niaz explained that the disease is spreading mainly due to unhealthy food and eating in dhabas.

Hepatitis is spreading at an alarming rate in Quetta as the disease killed eight people last week, while fifty other patients are struggling between life and death.

According to Dr. Naseer Niaz, black jaundice and hepatitis A, B, C, and D have gripped Quetta as now 70% of the locals have contracted the disease.

He stressed that a viral infection commonly causes the disease, but there are other possible causes.

Dr. Niaz explained that the disease is spreading mainly due to unhealthy food and eating in dhabas.

Other main reasons for the city’s widespread disease included public toilets, obtaining blood from substandard laboratories, shaving at barbershops, and being in sexual relationships 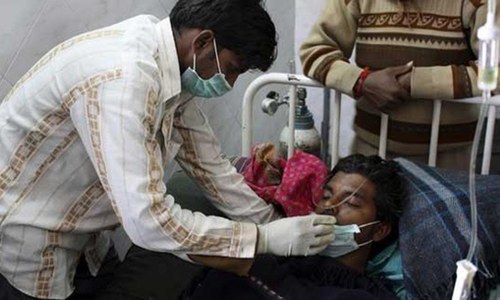 The anti-hepatitis program in Quetta is treating affected people in the province’s capital city and the inland areas. Yet the disease is spreading swiftly and affecting every other person due to carelessness and unavailability of the treatment by qualified doctors.

Locals need to play a role in the ongoing fight against hepatitis as the disease could be avoided by taking simple precautions.

Last month, the Coordinator to The Chief Minister (CM) for Hepatitis Free Balochistan, Dr. Gul Sabin Kakar, said more hepatitis cases were being reported in Balochistan, adding that 8% of the population had contracted hepatitis.

After Jaffarabad and Sohbatpur, Quetta is at number three for the widespread of hepatitis in Balochistan.

WATCH: How Tiger Force is playing its role in controlling prices and hoarding