ADB Blows the Whistle for Pakistan — Double Dip Deficit Ahead !

While living in a paradox of being a “Progressive Economy” and hailing to be an “Asian Tiger”, Asian Development Bank has recently announced that this upcoming second wave of deficit on our current account is going to be difficult to handle.

Last year, in 2016-17, the deficit of current account was $ 12.1 Billion, which was the highest ever recorded in the history of Pakistan. However, this year, they are up to break their own record by raising the deficit amount to $ 14.5 Billion. So much to speak of our economic progress. The projected deficit is $5.5 billion more than the finance ministry’s estimates for 2017-18.

Reasons of Widening  Of the Deficit Gap

Social media has a mixed reaction to Iqrar ul Hassan’s…

Exports have continuously fallen due to a price hike. The report from ADB suggests that the exports have declined 2.5% annually fro 2013 to 2017. The exports of Pakistan are no more competitive on global scale. Whereby, on the other hand, as the global prices have fallen down in proportion to the oil prices, the imports have become cheap and the volume of imports have increased three time to that of exports.

The first reason of this is the unreasonable pricing of oil. The current price of oil in Pakistan is way too high as compared to other countries. A common man may perceive the oil prices to be cheaper than in the past, but if it is taken in tandem with the fall in the global fuel prices, Pakistan is taxing the oil imports too much.

Over Valuation of The Rupee (The Bluff of The Government)

The other eminent reason of this account deficit is the readjustment of the Pakistani Rupee, which was previously overvalued. Coincidently, the PKR started to adjust its course on the day when our Finance Minister Mr. Ishaq Dar had his first appearance in front of the Panama Case JIT. Making it look like as if the Panama Case has weakened the economy, while in reality, we had been bluffed by our Government Institutions all the time when Mr. Dar remained in his office.

The third and the Most important reason is the downfall of the international remittances  received from Overseas Pakistanis. In 2016-17, the substantial widening of the deficit and lack of growth in remittances together have decreased the extent of this financing to 50 per cent of the deficit.

If you are in financial distress, will you go to a bank for a loan to buy a car? Probably yes, but it all turns wrong if you use that car for non revenue generating activities and start spending on its fuel and maintenance as well. This has exactly been the case with many of our Mass Transit Projects, like Metro Bus and the Orange line Train.

On Metro bus, besides its record price of construction, is now a burden on economy. On each ticket of Rs 20, Government is spending Rs 40 as subsidy. Can anyone guess what is the economic impact of providing a 200% subsidy on it? This amount of subsidy far outweighs the economic benefits the country is reaping from these projects. Though, the PMLN Government, just in order to make itself look good in front of its voters, had been ripping off the tax payers through these gimmicks. We have been sold White Elephants which are painted Red. 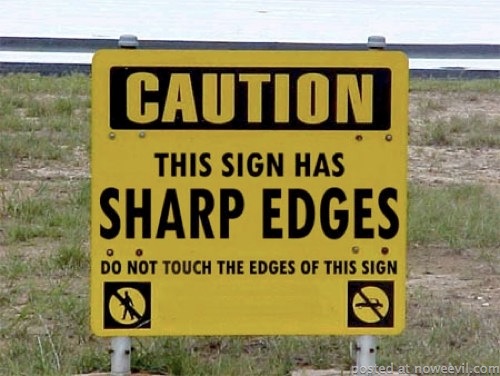 With the release of another very important International document, the World Economic Forum’s Global Human Development Index report is out now. Ranking Pakistan as 125th out of 130 countries. It simply means that the lavish subsidies and record expensive public sector projects are of no use at all. Rather they are detrimental and impact the condition of the country adversely. So much to say about the ‘Good Governance’ of an experienced political party.

We are ranked even lower than Bangladesh, Nepal, Rwanda, Chad & Lesotho. When will we stop committing this collective suicide? https://t.co/ThrnKDgJ7U

Rather blunt, but a spot on analysis has to be no different than this

However, to add a bit to it, where the Inexperienced Governing Party of KPK, PTI hails its increase in the Educational Budget, there are other avenues which should have been taken care of.

The textile sector, which is the backbone of Pakistan’s industry is given a relief of only 4 billion rupees in 2017-18 budget, as compared to the 2.8 billion subsidy, only to Lahore Metro Project. What can one say more than this?

Although, after the change of the Prime Minister, the new leadership has recently announced a Package of 162 billion to provide relief to the Textile sector of Pakistan. However, it may be termed as too little and a bit too late. The damage is already done.

What Pakistan May Expect Ahead?

In the present circumstances, Pakistan apparently is left with only two choices at hand. The first be a rapid devaluation of the Rupee and the other being borrowing more money from International lenders.

Due to the fierce borrowing policies of Mr. Ishaq Dar resulted in $83-billion external debt and liabilities by June this year. Pakistan has already availed more than 18 bail out Packages from International Monetary Fund. 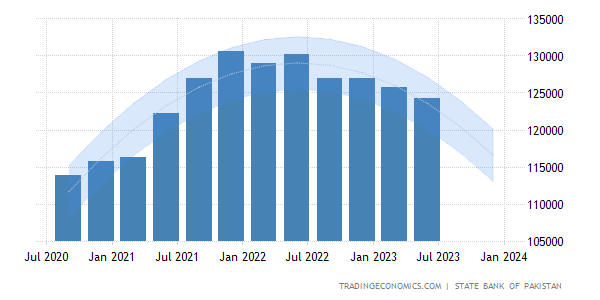 The external debt is already at its all time high. It is not beyond comprehension that Pakistani currency will face devaluation. The second option is going for more external debt. Either this way or that, there is a double dip depression ahead of Pakistan. Thanks to the Experience