Muhammad Yousaf had converted to Islam in 2005 along with his wife and kids. Ever since then, he has been a devoted Muslim.

In 2008 the former England captain, Andrew Strauss, was suffering acutely with his batting form. He was on the verge of being dropped for at least a year following disappointing performances.

However, his 177 runs innings against New Zealand helped him cement his place in the team. During his conversation in a Sky Sports Cricket podcast, Strauss revealed how Muhammad Yousaf’s “what will happen will happen” philosophy gave a new turn to his career.

“I always like to use the example of Mohammad Yousaf. When he was Yousaf Youhana, he was averaging 40 in Test cricket. Then he became a devout Muslim and on the back of that he had this philosophy that God willing, what will happen will happen,” the former England captain said.

He continued, “He had a very different outlook on life and he went from averaging 40 over the space of three years to averaging 70 in Test cricket. And that’s just based on shifting his perspective on life. He was almost trying not to be as much in control of his batting as he was previously. Just kind of accepting that fate will have something in store for him. I think that was a really good illustration for me that sometimes you just have to let go.”

Before this, Andrew Strauss also narrated his feelings before going out to bat against New Zealand in the test match where he scored 177 runs.

After playing 50 odd Tests, I was consumed with thinking that I was going to get dropped from the team as I wasn’t playing well. I was struggling so hard with myself and wasn’t scoring many runs,” said Strauss.

“Then it all came to head in Napier in New Zealand. It was pretty clear to everyone that if I didn’t score runs in the second innings, I would be dropped for a long period of time. Having had 12 months worrying and fearing about the humiliation of getting dropped, when that was actually the next thing that was going to happen to me, I just let go all my feelings,” he added.

“I was thinking that if this is my last innings for England then I am just going to go out and enjoy it and almost treat it like my debut. My debut was a step into the unknown for me much like this one and so what will happen, will happen. I thought I am not in control of this, God is in control and amazingly with that mindset I went out and got 177,” Strauss concluded.

Muhammad Yousaf had converted to Islam in 2005 along with his wife and kids. Ever since then, he has been a devoted Muslim. 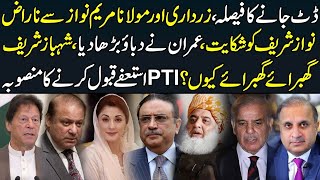