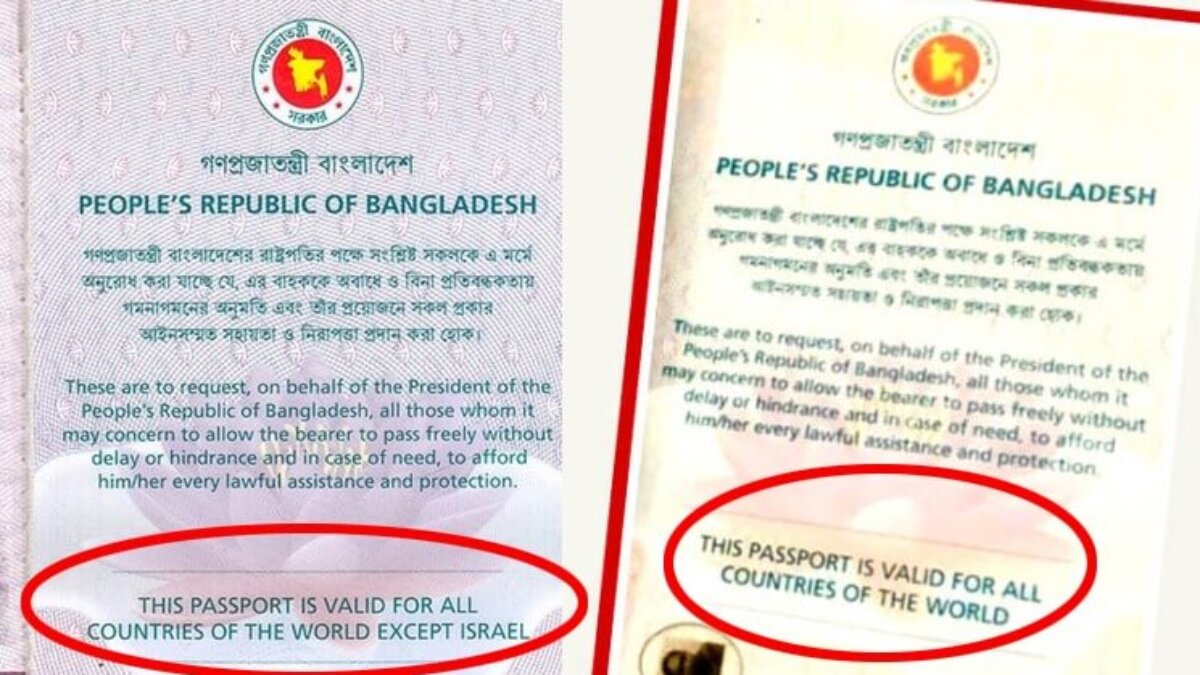 Bangladesh declared on Saturday that its passports will no longer carry the text “valid for all countries of the world except Israel.”

However, the South Asian country claimed that the decision to eliminate those words does not amount to a shift in the country’s position towards Israel, as it still does not recognize Israel.

The Foreign Minister of Bangladesh, AK Abdul Momen, said the step to eliminate the words “valid in all countries except Israel”, comes in a bid to “maintain international standards.”

On the other hand, the minister said that the words’ removal does not amount to a change in the Muslim country’s stance towards Israel.

Irrespective of new e-passports, #Bangladesh did not change position on Israel including travel ban. Bangladesh condemned atrocities to Palestinians, and reiterates its principled position concerning the two-state solution of #Palestine–#Israel conflict in light of UN resolutions

Nevertheless, Israel sees this action as one step closer towards the normalization of ties between the countries.

“This is a welcome step and I call on the Bangladeshi government to move forward and establish diplomatic ties with #Israel so both our peoples could benefit and prosper.”

Great news! #Bangladesh has removed travel ban to Israel. This is a welcome step & I call on the Bangladeshi government to move forward and establish diplomatic ties with #Israel so both our peoples could benefit & prosper.@IsraelMFA #IsraelLooksEast https://t.co/LbOLbm9dfG

Pakistan is now the last remaining state whose passports read ‘this passport is valid for all countries of the world except Israel.’