Bollywood To Make A Movie On Indian Evacuation From Afghanistan, Calls It The ‘Biggest Rescue Mission Ever’

The movie Garud features a fictionalized version of events based on the recent evacuation of people from Afghanistan following the Taliban takeover.

Bollywood is all set to produce an action movie titled Garud, which will be loosely based on currents events in Afghanistan. The men behind the upcoming film are renowned Indian producer Ajay Kapoor and actor-director Subhash Kale; Ajay Kapoor Productions and Vikrant Studio will jointly produce Garud.

It should be noted that Kapoor and Kale have collaborated before on other successful movies like Roy (a romantic drama film starring Ranbir Kapoor, Jacqueline Fernandez, and Arjun Rampal) and All is Well (a comedy-drama film starring Abhishek Bachchan, Asin, Rishi Kapoor, and Supriya Pathak).

‘Most difficult to work with?’, Ayeza Khan opens…

Subhash and I go a long way back and have been friends for years. When he approached me for Garud, I was really hooked to the script and instantly came on board. The film narrates an inspirational, patriotic story with a solid emotional connection. We are looking forward to mounting the story on a large scale to give proper justice to the script.

Story of the film Garud

The movie Garud features a fictionalized version of events based on the recent evacuation of people from Afghanistan following the Taliban takeover. The action-packed story of the film has been written by Nidhi Singh Dharma, best known as the scriptwriter of the movie Mission Mangal. Further details of the storyline, director, cast, and crew of Garud have not been disclosed by the producers yet.

The poster of the movie Garud has been released online. It teases the song Mera Bharat Hai Mahaan composed by Ravi Basrur. According to sources, Garud will be released on the 15th of August, 2022 – India’s independence day.

Experts believe that the film will not display an accurate account of the incidents in Afghanistan, as the producers have already announced it’s a fictionalized version of events. The concept isn’t new as Bollywood has a history of making similar movies very loosely based on real situations, such as Bhuj: The Pride of India.

Recap of the Taliban takeover of Afghanistan

Panic and desperation have taken over the people of Afghanistan ever since the Taliban rule was established in the country. People have been risking their lives to flee the country. A video of people clinging to an American cargo plane at the Kabul airport went viral on social media in August. Three people were killed in the shocking incident.

Governments across the world are desperately trying to evacuate their citizens and many Afghan refugees from the country. According to reports, more than 120,000 people have been airlifted out of Afghanistan to neighboring countries such as Pakistan and Iran, the United States, Germany, France, Turkey, and Uzbekistan, where temporary refugee camps have been set up. 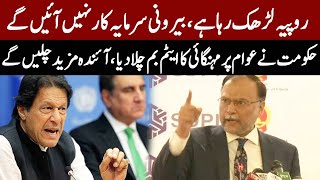