Yao Jing, China’s Ambassador, on Thursday stated that in the second phase of China-Pakistan Economic Corridor (CPEC), an investment will be made in the agriculture and livestock sector of Pakistan by China in an attempt to increase its exports.

He was talking as a chief guest at a seminar on ‘Role of Parliaments in cementing regional integration’ here at PIPS (Pakistan Institute of Parliamentary Services).

Punjab Government To Provide Free Education To Children of…

Ambassador Yao Jing stated that China would help Pakistan in developing special economic zones. He said that now, China will make investments in building vocational and training centers, along with research centers in the agriculture and livestock sector.
He clarified that most of the CPEC projects were an investment of Chinese companies and not loans to the country.

The ambassador said that CPEC was launched due to friendship between the two, further adding that China wanted development and progress all across Pakistan.
He said that China would succeed in eliminating poverty among its people in the next year.

National Assembly Speaker Asad Qaiser said that Pakistan was now ready to help its neighboring countries, so they could also benefit from projects of CPEC.

He said that trade, cultural and economic relations among the countries were spread over centuries in the region. Numerous opportunities are available for promoting friendship amongst the countries of the region in trade and other sectors.

He said that Pakistan wanted to increase the impact of CPEC as a way to improve the progress and prosperity of the region.
Mr. Qaiser that Pakistan was stuck in a war-like situation in the past 30 years, further adding that the country’s economy had suffered a loss due to Afghan war and terrorism. He stated that the economy could be improved with CPEC.

“I wish that Central Asian states should be included in the CPEC project,” Asad said. 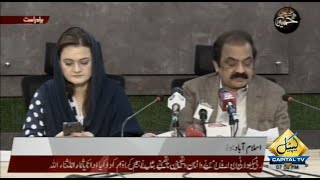