A Human Rights Activist, Kapil Dev, has shared a video where a man can be seen torturing a Hindu boy and forcing him to chant Allahu Akbar.

Kapil shared the video with the caption: “This is Abdul Salam Abu Dawood, currently working for Thar Coal Field Project as a driver. He originally hails from Rahim Yar Khan. In this video, Dawood is forcibly asking an innocent and frightened Hindu boy Mukesh Kumar to chant Allahu Akbar and curse Hindu gods. This is the development and change of Thar Coal that we have been and still are afraid of.”

Memes: Arnab Goswami trolled over his ISI and Kabul Serena…

A social media user, Syed Muzammil Shah, also shared the incident saying, “This incident is not any different to what the RSS goons often do to Muslims in India. ADawood has a YouTube channel on which he repeatedly abused Hindu Gods with a sense of religious superiority complex.”

TELL ME MINORITIES ARE SAFE IN PAKISTAN, ONE MORE TIME!!This is Abdul Salam Abu Dawood, currently working for Thar…

Commenting on Kapil’s post, many people have condemned the act and demanded Abu Dawood’s arrest.

As per the latest reports, the culprit has been arrested by Sindh Police. 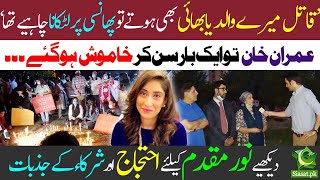 Govt moves to ‘cool down’ an ‘over heating’ economy

How to transfer British Pounds to Roshan Digital Account?

Ehsaas Undergraduate Scholarship 2021-22: Here is how you can apply for 100% scholarship program