Hundreds of dead fish are said to be littering the shore.

A large number of dead fish have washed up on the shores of the Seaview Beach in Clifton, Karachi, causing stench in the area and driving people away from the beach.

The sources disclosed that people, who used to visit the beach frequently, said they could no longer bear the area’s foul smell. 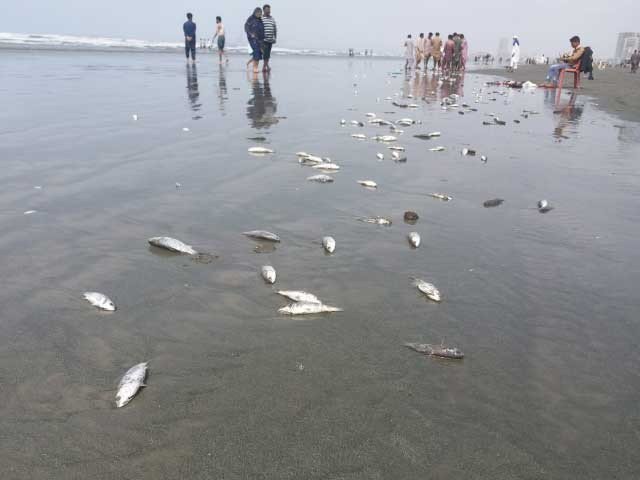 Hundreds of dead fish are said to be littering the shore.

Time and again, there have been countless media reports about dead fish found in large numbers littered in the beach areas of Karachi.

“This seemingly strange occurrence of dead fish littered at beaches was not because of some environmental pollution-related issue,” WWF-Pakistan’s technical adviser on marine fisheries, Moazzam Khan said.

“These water species reach to the beach on a large scale due to an alteration in water flow in the post-monsoon period,” the WWF-Pakistan expert said.

“If it was caused by pollution, other types of marine life also likely to be seen littered among the fish.” “The fish having habitat at the edge of the sea move to the beach due to shortage of oxygen,” Moazzim Khan added.

WATCH: How Tiger Force is playing its role in controlling prices and hoarding