Drop Out Rate In KPK Increases Despite Education Being A Top Priority – WHY?

Despite being a top priority by KPK government, the school drop-out rate is higher than ever in the province. The government injected Rs. 130 billion into the province’s education sector over the last six years.

The school’s drop-out rate is 44% at primary level and 40% at the secondary level. The teachers blame poverty and lack of decent work opportunities as the main reasons but the students also link it with English being the primary source of communication in the updated system.

Sameer Ahmed from Peshawar, while talking to BBC said that all the subjects except Urdu are taught in English, which is difficult for students to understand and comprehend. Hence, students prefer dropping out. Sameer himself was a student of 9th grade before he dropped out a few months back, and started working as an apprentice to an auto-rickshaw mechanic. He earns 100 rps per day and is also training to become a professional mechanic himself.

Sameer says that even the students who used to teach in English struggled with it. Often times, they used key books and guides for support but their methodology lost its effectiveness because of it and students were unable to understand them. He also said that apparently, there is no use of getting an education in Pakistan. He knows people who obtained bachelors degree but failed to get a job or a decent employment.

”When you can’t understand a thing, it is useless to stay in school and waste your parents’ money. It is better to obtain technical skills and start working, at least you won’t have the regret that you failed to find employment even after education”

Many experts say that primary level teachers are not familiar with English, and hence they find it difficult to transfer knowledge in a non-native language. It instead creates a barrier of communication between students and teachers, forcing them to drop out.

Rooh Allah, headmaster of Middle School Peshawar says that the high drop-out rate is linked with poverty. He says:

”90% of the students in my school come from financially compromised backgrounds and their parents are daily labourers, some of them are orphans or their fathers are bedridden due to illness. Hence, they themselves have to take the responsibility of feeding their families”

He said that inflation has risen to a point where it is impossible to make both ends meet if only one member of the family is working. Hence, sometimes the parents pick their children up from schools even before the classes end and take them for work. 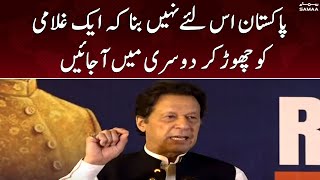