According to reports, the New Zealand women cricket team were informed about a possible bomb at the hotel they are staying.  Furthermore, a bomb threat on their plane was also issued upon their return to New Zealand.

Following the bomb threat, the police and counter-terrorism agencies were called in. A New Zealand Cricket spokesman confirmed the threat received by the England and Wales Cricket Board (ECB).

Babar Azam to David Warner: Players predict the finalists of…

“As has been reported, the ECB have received a threatening email relating to NZC. Although this did not specifically reference the White Ferns it was treated seriously, investigated, and deemed not credible.”

The New Zealand women cricket team arrived in Leicester from Worcester and their security has also been improved further, the spokesman stated. Moreover, he denied the reports the White Ferns cancelling their practice session, which according to him was never scheduled.

Despite the bomb threat being deemed not credible, some of the players are still apprehensive. It is pertinent to mention that both New Zealand and England cancelled their schedules series against Pakistan over security threats, the details of which have not been shared with Pakistan yet. 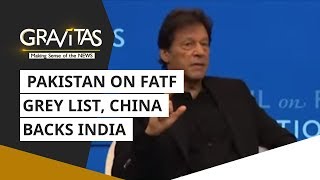