With the start of the World’s most High Profile Conference of United Nation’s General Assembly, there has been seen a deliberate and carefully planned media campaign against Pakistan. With these posters, banners and paid adverts on Taxi-Bikes, to the protests of 10 to 15 people outside UN’s headquarter, upholding placards, has literally made Pakistan the ‘Talk of the Town’ at Geneva.

Here is a brief overview of what is happening at Geneva against Pakistan:

"Free Baluchistan" posters have been displayed at various places in #Geneva to highlight the gross #HumanRights violations in #Baluchistan. pic.twitter.com/ljRhhvoCUM

Surely, it is the first time a country has faced such a media coverage at Geneva ahead of the UN General Assembly’s conferences. However, comparing the degree of human rights violation in Pakistan than its neighbors, one can easily understand the reality. By just considering the campaign by our next door neighbors to isolate Pakistan, the codes of these adverts can be deciphered just like anything. Let us just compare a few here.

Although it is an established fact that every UN organization has been given access in Baluchistan and the areas of FATA by the Government of Pakistan. The reality reflects into many development projects being carried out by UN and other agencies in these areas. In 2014, UNDP established its office in Baluchistan. If the claim of Human Rights violation had some substance in it, this would have been taken up the UN organizations predominantly.

Moreover, aren’t we separating the issue of Kalbhushan Yadev from what is happening in Baluchistan right now?

As in regards to the Government of India blocking access of the Human Rights Commission into Kashmir for investigation of the use of Pellet guns last year, this is what the head of the UNHRC had to say about India in the last year’s session of UNGA.

This is a very valid question to be asked from the Government of India, what precisely are they hiding?

The last nail in the coffin of India’s Human Rights Violation issue in Kashmir is the report of Amnesty India, which has established that India is involved in the use of pellet guns in Kashmir, which is not in line with the International Human Rights standards. Just before the report was released, the Indian Home Minister, who previously had been negating the fact ferociously, also admitted publicly that they have been using pellet guns against Kashmiris.

THIS IS EXACTLY WHAT INDIA HAD BEEN HIDING !

Pellet firing shotguns have no place in law enforcement. They must be banned immediately: https://t.co/TJa8bazYAV#BanPelletGuns pic.twitter.com/RlcbELIKR6

From Lynching of beef eating Muslims, to forced conversions, India has it all, as compared to Pakistan. The feather in the hat is their own alleged Prime Minister, who had been summoned by the US Courts in respect of the Gujrat massacre of 2002.

However, as a simple comparison, the crimes against religious minorities are more of a problem in India, than in Pakistan, according to a Pew survey, India ranked the 4th worst country in the world.

Pew analyzed cases that involved hate crimes, mob violence, communal violence, religion-related terror, the use of force to prevent religious practice, the harassment of women for not conforming to religious dress codes, and violence over conversion or proselytizing. 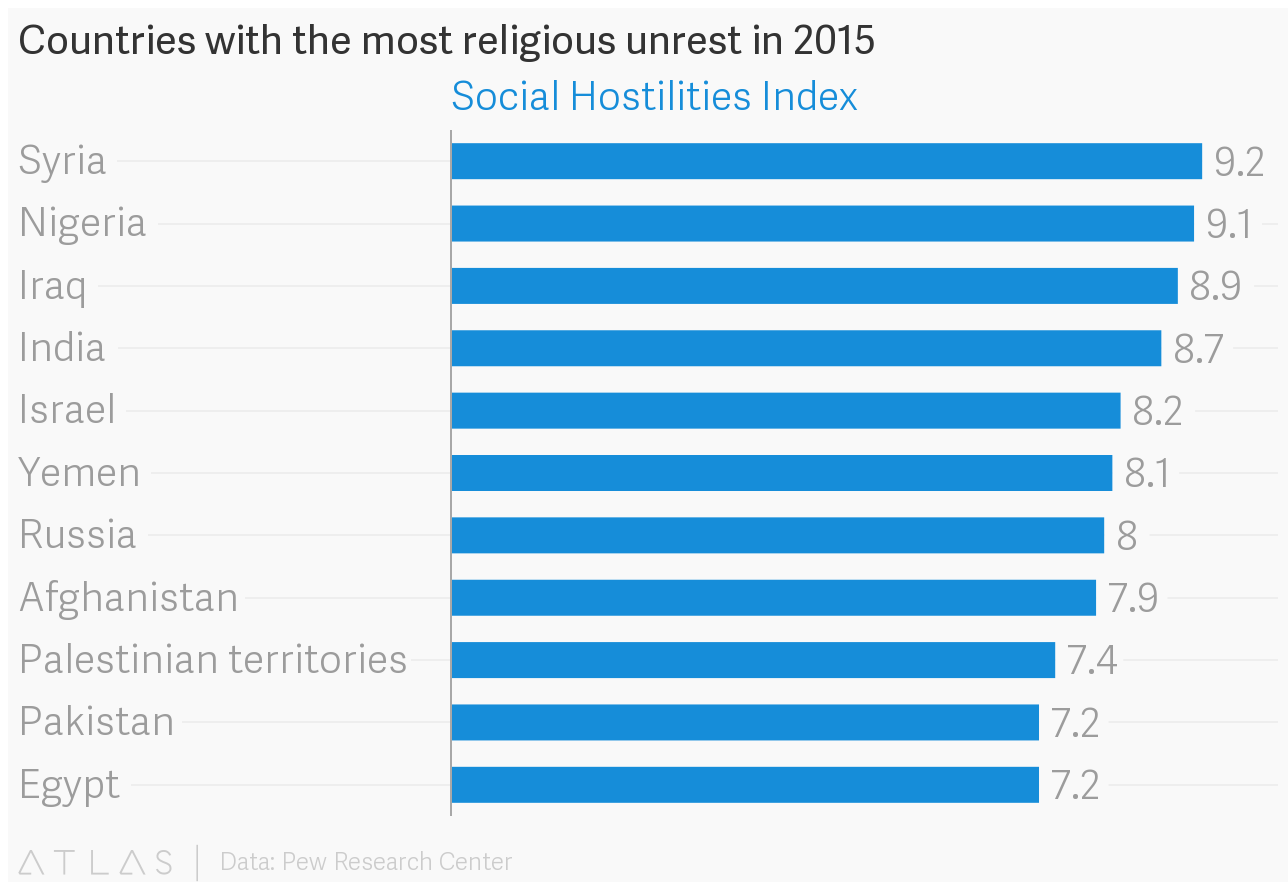 While India having its name in the Top Ranks, and given the size of their population, one remains in surprise that how come no one from India has shown up at Geneva, raising the same issue?

There might be a very relevant question that the above given data is from 2015 and things might have changed since then. However, unfortunately, things have worsened further, as reported by Indian press. Specially the public lynching of people over Beef eating issues have seen a sharp rise. 97% of these incidents, since 2010 have taken place after Narendra Modi took office. The current year is considered the worst according to statistics (IndiaSpend Database)

Is There Anyone who Hv Heard Any Story About #GauRakshaks Before 2014 ??#Presstitutes Has CREATED Communal Narratives & Planted #FakeNews. pic.twitter.com/fpeq3JTg0D

In the light of the facts and figures, it is amazing to know that these people are more concerned about the persecution of religious minorities in Pakistan, rather than India.

Now the last, but not the least part. As already India is known as the rape capital of the world and this assertion do not require a back up of any data for proof. India ranks 4th in the top 10 list of the countries with the prevalence of most rape crimes. According to the reports of Indian Police, the rape cases have increase 277% between 2011 to 2016 only in Delhi.

As per the Acid Survivors Foundation India, the reported cases of Acid attacks in India rose from 109 in 2011 to 300 cases in 2016. That is approximately a 200% increase in the reported cases. Whereby it is estimated by several NGOs that the real number of cases is above 1,000 per year as many go unreported.

However, on the other hand, Pakistan has been cherished for bringing down this problem. Statistics from Acid Survivors Foundation show that Pakistan has reduced the acid attacks by 50% since 2014. So, why not to cherish the efforts of Pakistan?

What do you think about this dirty defamatory campaign against Pakistan at Geneva? Please let us know in the comments below.