Jamiat Ulema-e-Islam-Fazl (JUI-F) head Maulana Fazlur Rehman will address an anti-Israel rally in Karachi on the 21st of January.

The decision was taken at a JUI-F provincial meeting held at Jamia Madania Islamia, Gulshan-e-Iqbal, and headed by the regional secretary general, Maulana Rashid Soomro.

According to a party statement, the JUI-F aims to organize a ‘million march’ near the Mazar-e-Quaid on the 21st of January to show its “anger over efforts to recognize Israel.” 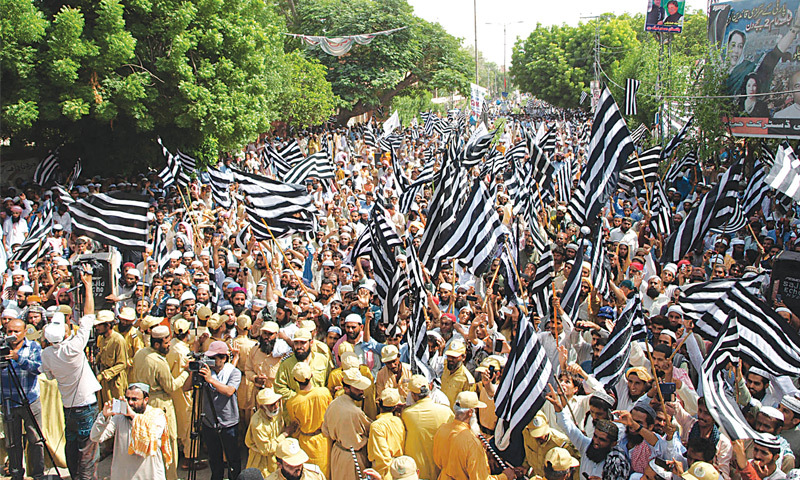 The party has taken the decision after consultation with the leaders of the party and sister organizations, including the Jamiat-e-Talaba Islam and the Jamiat Bussiness Forum.

Meanwhile, Maulana Rehman and other religious and political leaders will attend the march and the gathering. The JUI-F has been under severe criticism for the past few days after its former Balochistan chief, Maulana Khan Muhammad Sherani, gave religious references to support the normalization of relations with Israel in a media talk.

In the aftermath, the JUI-F announced it had distanced itself from Sherani’s statement and expelled him from the party for “violating the party discipline.”

Nevertheless, the JUI-F’s rivals, particularly government ministers, have been criticizing the religious party for advocating to recognize Israel. In the recent past, several religious parties, including the JUI-F, have organized protests against the recognition of Israel by several Muslim countries.

However, according to party sources, the JUI-F has decided to organize its “show of power” in Karachi on the issue.