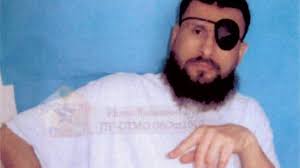 Guantanamo Bay’s prisoner has made sketches depicting a detailed CIA torture. The sketches give in depth details about what the state-approved CIA’s interrogation looked like.

Abu Zubaydah at Guantanamo Bay has used his sketches to describe the painful experience of being held by the US without any charge for over 20 years. His sketches include a very small confinement box which he called a ‘dog box.’ He stated that as soon as he was locked up in the box, he tried his best to adjust into it by sitting up. However, the box was too short and he couldn’t fit into it. He remained shackled in a fetal position for numerous hours expering physical effects such as muscular contractions and excruciating pain. ‘I was screaming unconcsciously,’ he added. Another drawing describes the torture techniques that were use on Abu Zubaydah. The sketch shows him chained and being sprayed by water hoses. An air-conditioner and fan can also been seen blowing cold air directed towards his body. In addition to this, there’s also a speaker on the wall with a very high volume.

The next sketch shows Zubaydah’s interrogator winding a towel around his neck and simulatenously smashing the back of his head on a wooden wall. In his own words, the interrogator banged his head on the wall constantly leaving him blind. ‘With each bang, I would fall to the floor. The plastic-tape-wrapped towel caused my neck to bleed,’ he revealed. 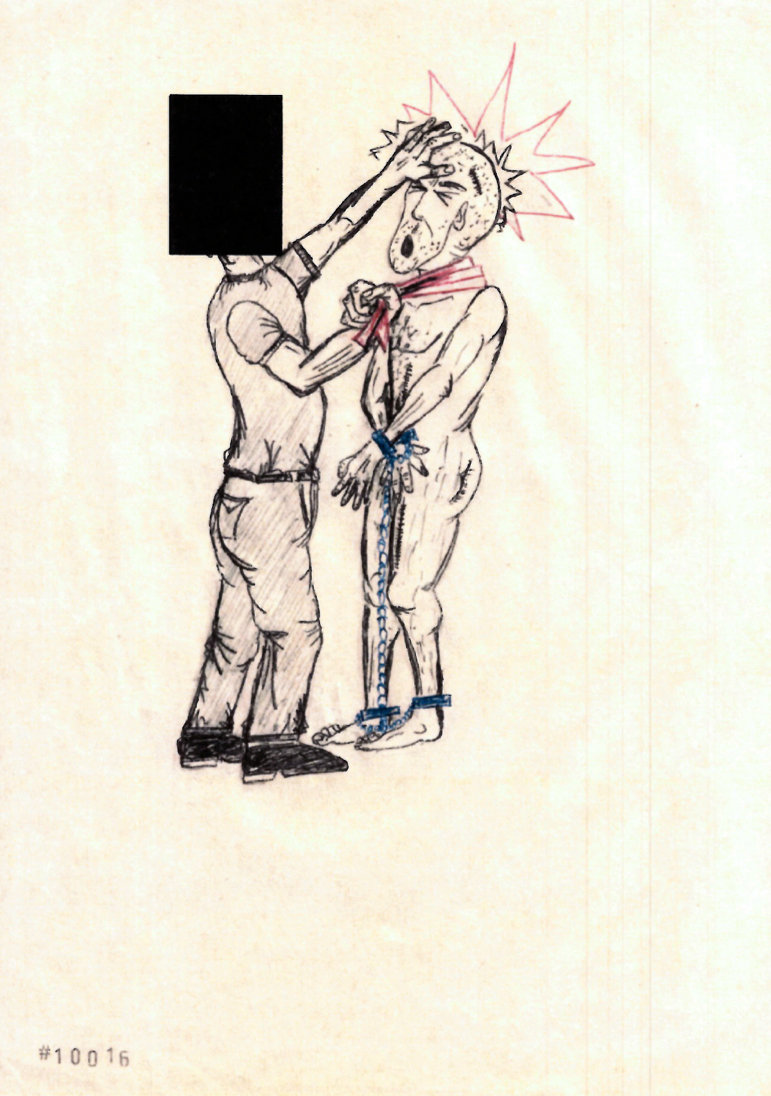 The small box wasn’t the only thing in which Abu Zubaydah was confined, he was also kept in a larger box. The sketch shows him naked, tied up and sitting on a bucket, which served as his toilet. He states that he had only enough space to sit on top of the bucket. He kept sitting there for hours in complete darkness.

Zubaydah drew himself naked on a waterboard and the water poured down on his hooded head. He was waterboarded more than 80 times. 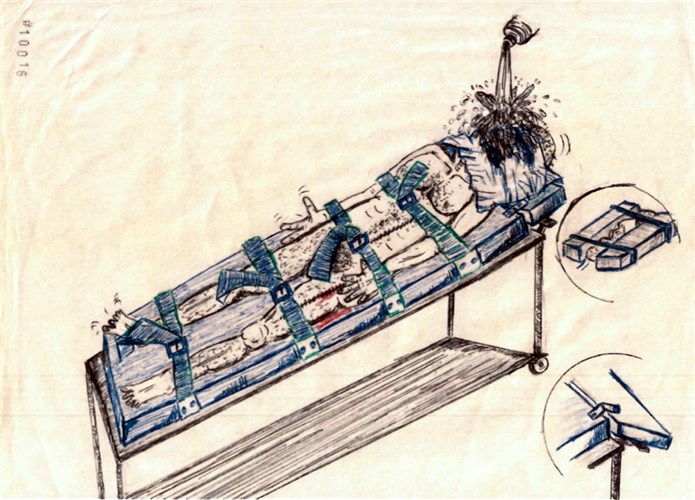 In addition to this, Zubaydah was also tortured using a ‘horizontal sleep deprivation’ process. In this method, he was placed in such a position that made it impossible for him to sleep. ‘I was sleep deprived for two or three weeks or even more,’ he stated.

The final painful sketch by Abu Zubaydah visualizes him shackled through the wrists to a bar, above his head. He was forced to stand on his tiptoes. He told his lawyers that he was standing there for hours with his hands tied up.