Four UN Agencies: Around 400,000 Yemeni children under 5 could die of starvation this year 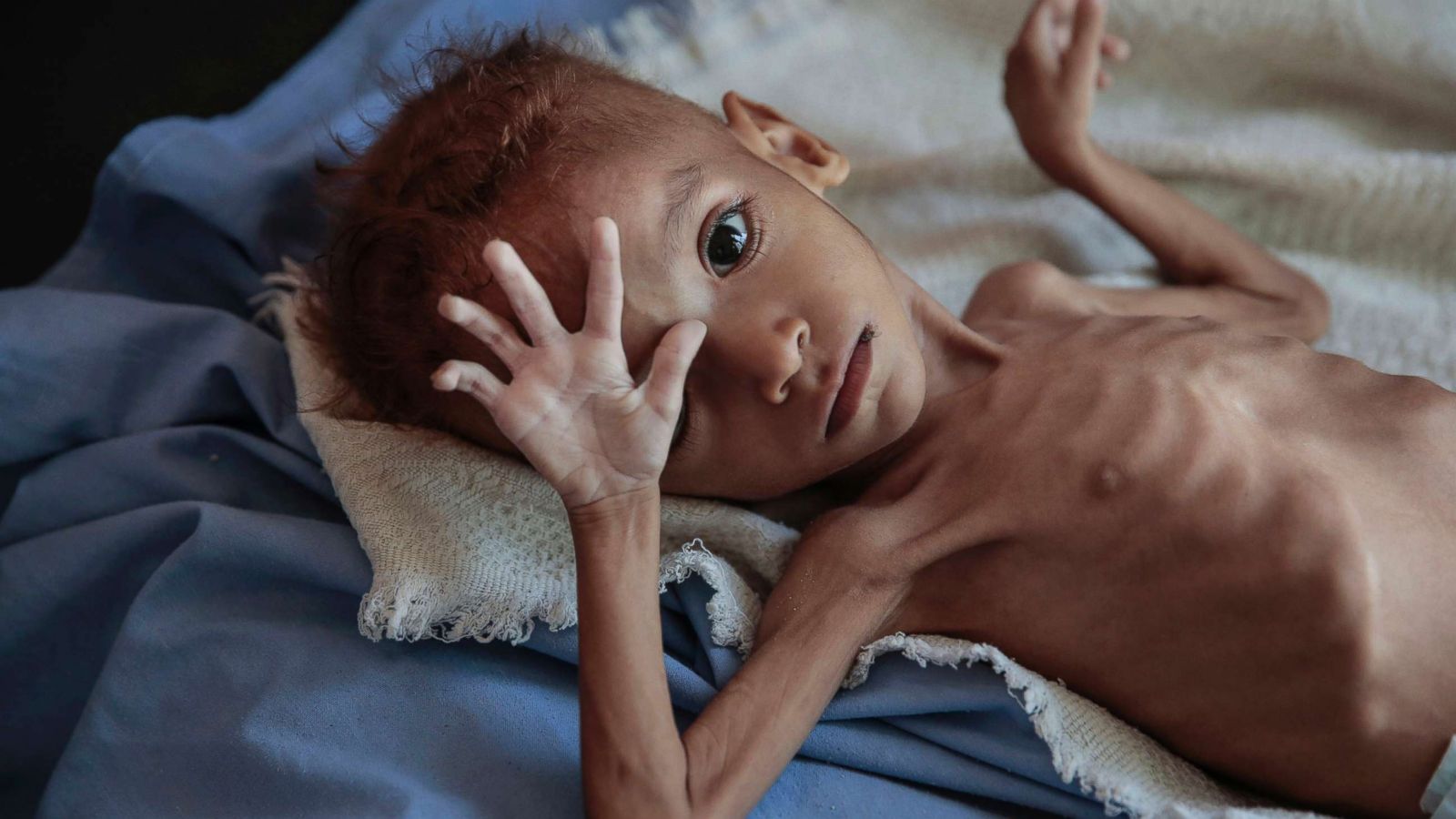 Around 400,000 Yemeni children under the age of five could die of starvation this year without urgent intervention.

This is amid soaring severe malnutrition rates driven by war and the COVID-19 pandemic, four U.N. agencies said on Friday.

The warnings come almost six years after the outbreak of the war that left 80% of the population dependent on humanitarian aid.

In a report released on Friday, the agencies forecast a 22% increase in severe acute malnutrition among children under five in Yemen, compared to 2020.

Severe acute malnutrition means there is a risk of death from lack of food.

Al Hudaydah, Aden, Taiz, and Sana’a are among the worst-hit areas, the report said.

“These numbers are yet another plea for help from Yemen where each malnourished child also means a family struggling to survive,” the World Food Program (WFP) Executive Director, David Beasley, said in a joint statement with the World Health Organisation (WHO), the Food and Agriculture Organisation(FAO), and UNICEF.

Another 2.3 million under five years are expected to suffer acute malnutrition in 2021.

Acute malnutrition among mothers and young children in Yemen has increased with each year of the conflict, driven by the high rates of disease and rising food insecurity rates.

Around 1.2 million pregnant or breastfeeding women are forecast to be acutely malnourished this year.

The U.N. says the country is suffering from the world’s largest humanitarian crisis.

Along with conflict, economic decline, and the coronavirus pandemic, a shortfall of donations last year contributes to the worsening humanitarian crisis.

Nutrition and other services that keep millions of Yemenis from starvation and disease are closing across the country amid the acute funding shortage.

The agencies said they had only received $1.9 billion of the $3.4 billion required for Yemen’s humanitarian response.

A Saudi-led coalition intervened in Yemen in early 2015 to restore the Yemeni government ousted from power in the capital Sana’a by the Houthi movement in late 2014. The Houthis say they are fighting ‘corruption’.