In a complaint submitted in Newtown Police Station, Dr. Ali has requested police to lodge a case against major Khizar, a government officer in Karachi.

In a complaint submitted in the Newtown Police Station, Dr. Ali has requested police to lodge a case against major Khizar, a government officer in Karachi.

The eye surgeon said, “Khizar’s wife had undergone eye surgery at my hospital. However, yesterday, Khizar entered my clinic and insulted and pushed the hospital’s senior medical officer, Dr. Shahnila.”

Dr. Ali further said that when he interfered and tried to stop the act, the government official hit him in the face so hard and his spectacles broke.

A social activist, Jibran Nasir, also shared the incident on his Facebook, saying, “A senior eye surgeon, Dr. Azam Khan of LNH, was assaulted by a patient’s husband, Major Khizer. The patient’s surgery resulted in a scratch which isn’t unusual and can heal, but the husband deemed it fit to assault the doctor in front of his staff”.

Jibran added, “A friend’s mother who is also a patient of the doctor was also present who witnessed the entire incident.”

A senior eye surgeon #DrAzamKhan of LNH was assaulted by a patient's husband, Major Khizer, yesterday as the surgery… 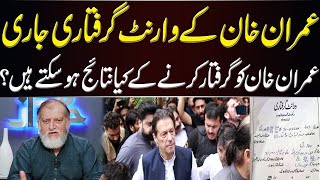