The estimated cost of terrorism in the economy of Pakistan was $252bn whereas the aid provided by the US in the war on terror was $33.4bn.

Impact of the Afghan war on Pakistan

The soviet invasion of Afghanistan in December 1979 was a major reason for worldwide anxiety and a turning point in international politics. Whereas, Pakistan was the only country that paid a very heavy price of the war on terror.

During the Afghan soviet war, with the assistance of the US and Saudi Arabia, Pakistan was the hub for training jihadists. America was indirectly part of Afghan war. The trained Jihadists were invited to DC and were called freedom fighters by the US government.

In 1986 when the soviet war ended, America stopped funding Pakistan. Pakistan was left alone with these terror organizations.

Following the 9/11 attacks after the US invasion of Afghanistan, Pakistan decided to help and sides with America against the Taliban. At that moment, Pakistan’s support to the US was a security measure by the government otherwise; the US would have declared Pakistan a terror state.

After the incidents of 9/11, the US started the war on terror and Pakistan decided to help them. Quiet ironically the freedom fighters of the Afghan-soviet war became the terrorists after 9/11.

US politician Hilary Clinton said, “We also have a history of moving in and out of Pakistan. I mean let’s remember here the people we are fighting today, we funded 20 years ago.”

Pakistan’s economy after the Afghan war

Hafiz. A pasha in his book mentioned, “The estimated cost of terrorism in the economy of Pakistan was $252bn” whereas the aid provided by the US in the war on terror was $33.4bn.

Pasha further stated, “Loss of $252bn is equal to 93% of Pakistan’s economy.” Moreover, “Pakistan has lost over 70,000 lives of civilians and security personnel”.

Afghan war had grave implications for the internal and external security of Pakistan. After 2002, there was a massive increase in terror attacks in Pakistan. Most affected areas of Pakistan were FATA, Baluchistan and Khyber Pakhtunkhwa . 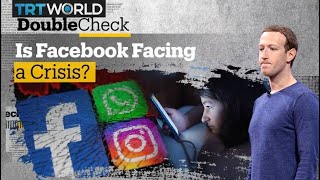 Facebook caused genocide and rape of Muslims in Myanmar

VIDEO: When Indian cricketers and media made tall claims before the Champions Trophy final

Video: Imran Khan talks about cricket, his reputation as a lady killer, arrange marriage & much more in this 1984 interview

SHOCKING: US contacts Interpol to stop possible mass shooting incident in Pakistan after a ‘Snapchat’ video