Imran Khan cherishes the poverty reduction in the KPK but lets see how real is it?

KPK in the Limelight

No doubt, since 2004, KPK had been the most disadvantaged province of Pakistan, due to ravages of war. Economy slumped and much of the infrastructure was lost in the battles against terrorism. Internal displacement of population from the areas of FATA and PATA and holding them in refugee camps certainly costs the economy. Poor governance added to these disadvantages, where we had governments who could not even consume the allotted budgets.

The situation went so bad that KPK was ranked as the second most poor Province of Pakistan. Furthermore, the outlook for the future was also not conducive.

Social media has a mixed reaction to Iqrar ul Hassan’s…

However, since the PTI’s Government has taken over the province in 2013, there had been quite a few remrkable advances, which run counter to the traditional traditional philosophies of socioeconomic development in Pakistan. The results are promising so far as the Chairman of Pakistan Tehreek e Insaaf, Imran Khan Tweeted today

Cutting the poverty into half and that too in a time span of only two years, appears to be a story beyond belief. However, the statistics are given by a credible source (Pakistan Bureau of Statistics).

What are the Driving Factors?

Imran Khan, in his successive tweets give credit to the Security improvisation in the province, increased educational and health standards and his small projects of microhydels, to be the main drivers of socioeconomic development.

PTI's success in KP's poverty reduction was the result of many initiatives: merit based recruitment created a level playing field for all https://t.co/C2j8wyFX5D

A professional depoliticised police force which has created a more secure environment & has drawn investment into KP. https://t.co/nCnUevOIE4

It is the success of a holistic ppl-centric approach by PTI's govt that has led to reduction of poverty in KP. https://t.co/dp5MHcSRx5

So How Real Is It Anyway?

Looking at the statistics, one may come up with a relevant question that whether the poverty has really declined or did the poor migrated to other provinces like Punjab and Sindh? This could be a puzzling question, if we look at the comparative statistics, where KPK is recording a lower figure and Punjab and Sindh’s figures are on a rise. This could mean an internal migration of population as well.

To solve the problem, we will have to take a comprehensive look into other statistics as well, in order to ascertain that whether the claims of PTI have any matter in them or is it just a game of numbers alone?

So we have to look at some major economic indicators in order to be sure that the figures we are given with do not depict an internal migration of population, but a means a real development.

First of all, the main socioeconomic indicator is Agriculture. Since, 75% of the population of KPK is either directly or remotely connected to this profession, so the statistics of it will show the real condition on the grounds. 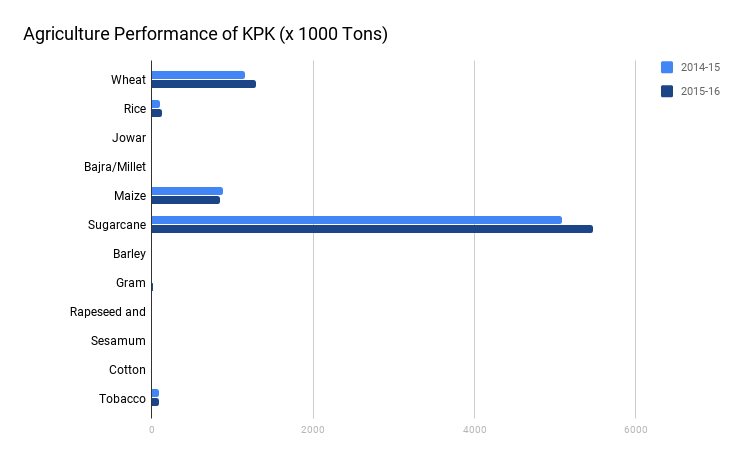 Surely, there is an improvement in agriculture farming, where sugarcane, rice and wheat are gaining pace. 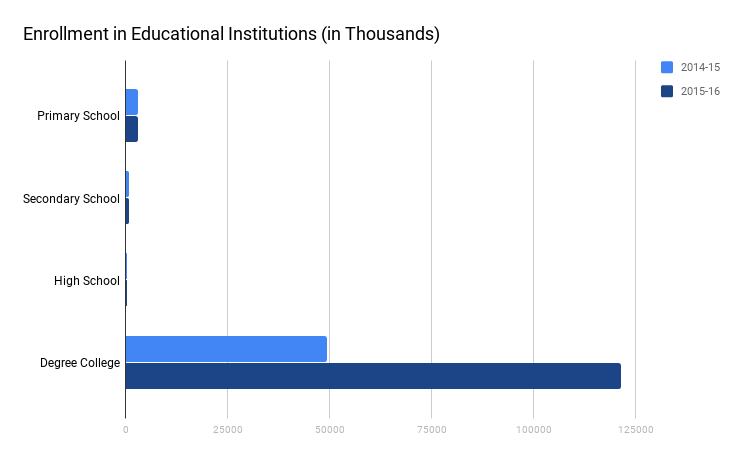 Although, the emphasis of the Government of KPK quite often focuses on the primary and secondary education, but what is rarely talked about is the higher enrollment rate in the degree awarding institutions. The statistics on primary and secondary education show a healthy rise and stability, whereby the statistics on College Education are really overwhelming. The indicator also means that now more people are capable of attaining higher education and they see some well rewarding opportunities against  it. 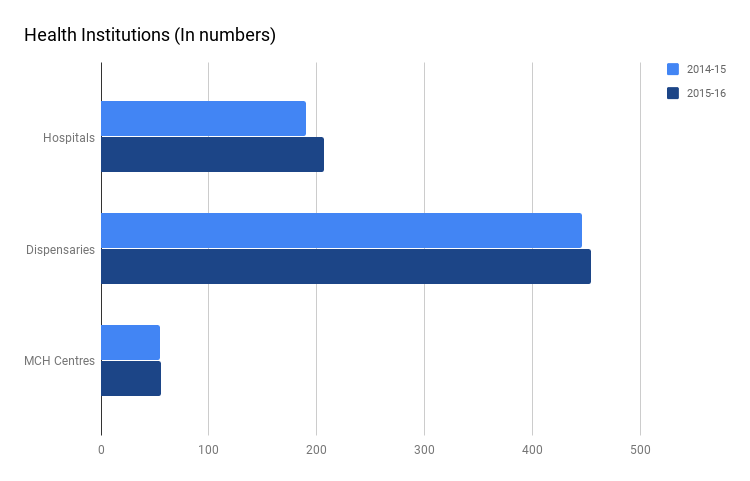 Certainly, there is a sustainable growth in the number of health facilities in the region. This means that more people have now access to healthcare amenities. In modern definitions of poverty, access to education and healthcare are the key components of assessing the degree of poverty.

And Now the BOTTOMLINE

Now, the major industries of Cigarettes and Cement show a remarkable improvement in production at Year on Year (YOY) basis. Undoubtedly, the pace is unmatched by any other in Pakistan. On the other hand, some mining industries may give a mixed feeling, as you may see some of the mining picking up while some falling down. This is an effect which is caused by many factors. Sometimes, the demand of the mineral reduces or there is small catch in it because many mining workers tend to change their profession, as many mining operations are the same for various minerals.

Yet overall, the major industries are showing healthy signs of improvement.

Apart from this, the population density of the province has increased from 385 persons/Square kilometer to 396 persons only in one year (i.e. 2015 to 2016). This explains many things. First of all is that the migration is not from KPK to other provinces, but rather from other provinces towards KPK. Certainly, this much increase in the population in one year cannot be the cause of increase in birthrate or a decline in mortality rate. There has to be a very definite and explainable reason for it, which is internal migration in this case.

What Imran Khan Missed To Mention

Yes, while doing a quick roundup of the main drivers of the economy in KPK, Imran Khan forgot to mention one very key milestone which played a positive role in not only reducing pollution, but also it reduced poverty too. Yes, you guessed it right, we are referring to the BILLION TREE TSUNAMI project here. This unique project of its kind in KPK had a dual effect. It not only has impacted the ecological environment, but has made a green mark on the economy as well.

The reason behind this is that the part of the economy that Khyber Pakhtunkhwa dominates is forestry. The Billion Tree Tsunami project has not only created many jobs in the region, relating to forestry, but has also played a ositive role in environmental friendliness. So, its a double edged sword of PTI in the evelopment of KPK.

Although many of the economists believe that infrastructure development is the key to unlock the doors of economic progress. Not only it creates job opportunities but also attracts investment in the region for more economic activity.

However, this paradigm is now challenged by an out of the box thinking of KPK Government. Their emphasis is on the development of a system which has less leaks due to corruption and promotes merit. The other part of the strategy focuses on the human development. They are of the opinion that if you create conducive environments for an economic activity, it starts off itself. Providing the conducive environments necessarily means provision of a well educated and well trained workforce, which is achieved through reforms in education system. The other thing to follow is Security, which is very much sought by any investor (whether local or foreign). Third is the elimination of corruption, which creates imbalance in society as well as business.

So, if the right atmosphere is provided, then the economic activity starts to kickoff. Moreover, it has long term effects, as compared to the momentary impetus provided by public infrastructure projects. Certainly, the basic infrastructure does play a role in facilitating business and economic activity, but it comes way down on the priority list of an investor, if compared to the notions of Security, Corruption and an educated and healthy society. This is now evident in facts and figures, as put forth by PTI in KPK