Images of foreign tourists have recently circulated across social media, with many activists declaring most of them to be Israelis.

The United Arab Emirates (UAE) is operating direct flights and tours to the Yemeni island of Socotra despite not having the approval of either the Yemeni government the rebel Houthis.

Hundreds of foreign tourists, including Israelis, have arrived on the archipelago using visas granted to them by the UAE, from where weekly direct flights commenced in March.

The UAE-backed Southern Transitional Council (STC) militia is currently in control of the island.

The STC is a separatist organization that aims to break Yemen into two pieces and create a new country named South Yemen.

It has been learned that the STC is preventing mainland Yemenis from coming to the island under the pretext of countering the spread of the coronavirus.

However, foreign tourists, including Israelis, are currently visiting the island via Abu Dhabi.

Images of foreign tourists have recently circulated across social media, with many activists declaring most of them to be Israelis.

Reports surfaced last month after a picture showed what was supposed to be a group of Israeli tourists guided by Emirati security officers and their assistants on the island.

The Socotra Island, located between the Arabian Sea and the Guardafui Channel, has been described as “the most alien-looking place on Earth” due to its exotic landscape.

It is also a UNESCO World Heritage Site. 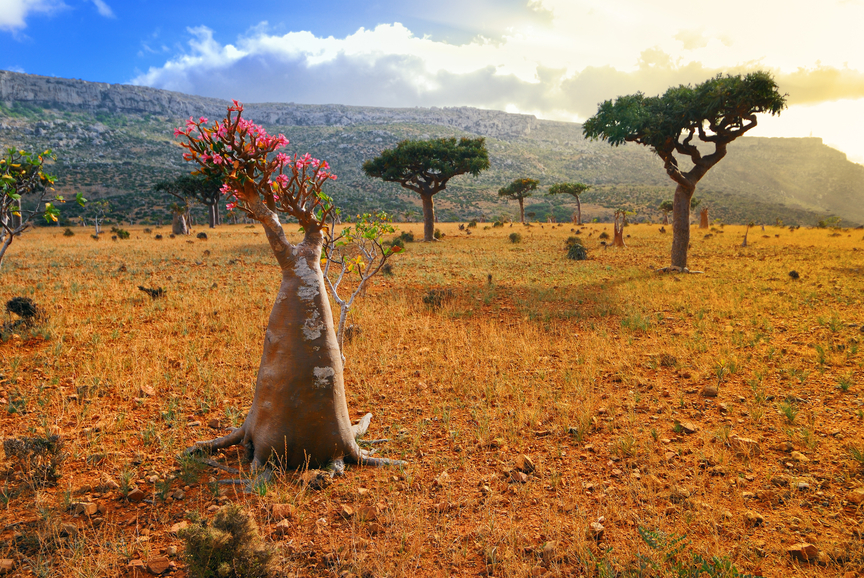 Officially, the island is part of the Republic of Yemen but is currently occupied by the UAE-backed southern separatists.