She added that every single player steps up when they have to, and whenever a substitution was made, it visibly impacted the game 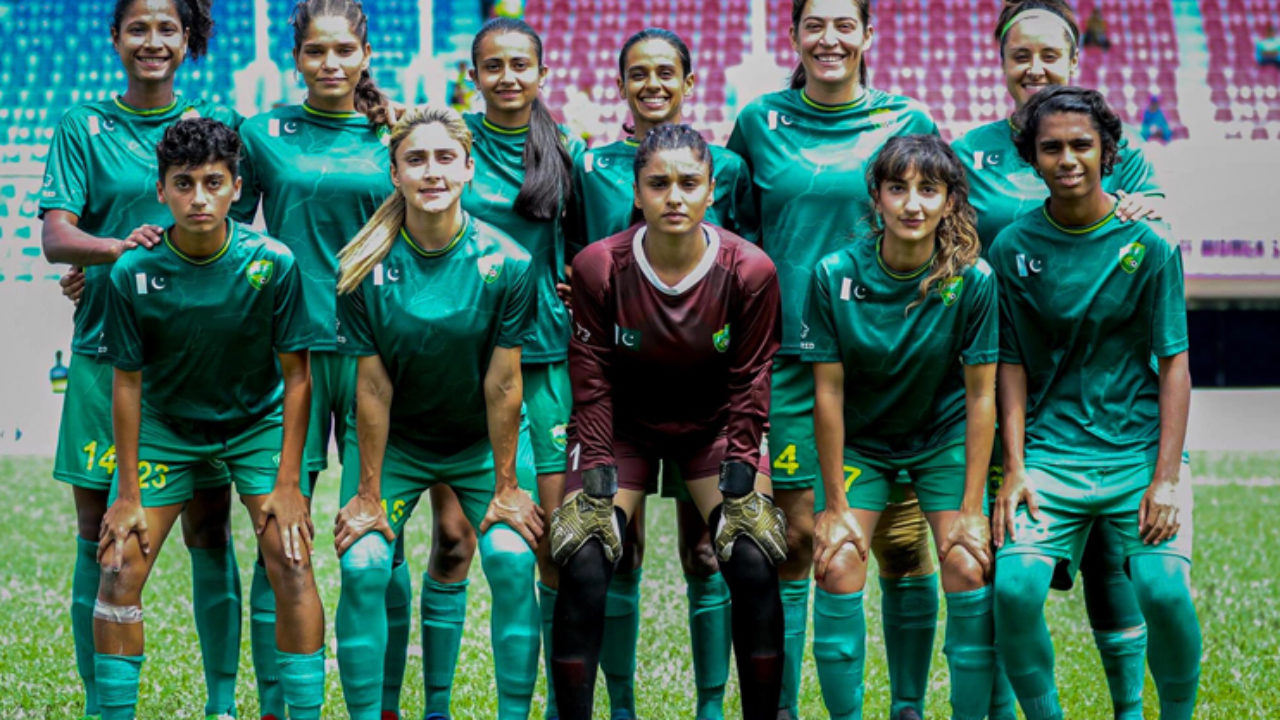 Having garnered thousands of views, the video shows the captain deliver a speech for her teammates. Khan said that the tournament is proof that their team belongs at the top level.

“If this tournament doesn’t show you that we belong, then I don’t know what else will. Every single one of you steps up when you needed to step up. People came on, they made a difference in the game,” Khan said.

She added that every single player stepped up when they had to, and whenever a substitution was made, it visibly impacted the game. Maria went on to say that this is the standard and that the team will only get better from here.

“Every single sub that came on made a difference in the game, this is the standard, and we’re only gonna get better. Now, that we’ve seen that every single one of you can step up, it’s upwards and onwards,” the captain remarked.

Maria was awarded the Player of the Tournament in a 4-nation tournament hosted in Saudi Arabia. She became popular after her amazing goal against the Kingdom of Saudi Arabia (KSA).

How the people reacted

Zindabaad ladies. Proud of you. You got our support all the way

Keep it up girls green

Our girls making us proud ❤❤❤

Love it . The energy, the passion, the devotion and most importantly the smiles.
All proved what later being delivered. More power and love

The team landed in Pakistan recently and was received by PFF Normalisation Committee Haroon Malik, along with other NC members. Pakistani team beat Comoros in the opening encounter, but their match against the hosts ended in a draw.

Congratulations to Saudi Arabia for winning this tournament and proud of our Women’s National Team 🇵🇰 finishing 2nd. Special congratulations to Maria Khan for scoring this spectacular goal. We are working on policy to promote football and women’s sports in Pakistan https://t.co/3QKcgIT4WC

Who is Maria Khan?

Maria Khan is the third-generation hero from the Khans of Nawakille. She is the granddaughter of the Squash legend Hashim Khan, who won 7 British Opens in the 1950s.

When asked about it, Khan remarked that she wondered why she didn’t continue the family tradition of playing squash. She added that squash wasn’t available, and she really enjoyed being a goalkeeper.