The statement urged that Japan would continue "to support Yemenis and alleviate their suffering by assisting in various fields."

On Monday, Japan announced the provision of $20.5 million in food aid for Yemen.

In an official statement, the Embassy of Japan in Yemen said that the funds were directed at “providing food & nutrition to the Yemeni people,” adding that it anticipated securing food for “2,285,000 people.”

“The fund will be disbursed from the Japanese government’s supplementary budget for the financial year 2020 via the World Food Programme (WFP),” the embassy pointed out.

The statement urged that Japan would continue “to support Yemenis and alleviate their suffering by assisting in various fields.”

Moreover, on Monday, the Biden administration suspended some of the terrorism sanctions that the former Secretary of State, Mike Pompeo, had imposed on the Houthi rebels in his waning days in office. The Trump administration’s labeling had sparked confusion in aid agencies amid warnings from the UN that it could have a disastrous impact on a conflict-ridden country facing the risk of famine.

The Iranian-backed Houthi rebels rule the capital and Yemen’s north, where most of the population lives, forcing aid groups to work with them.

Agencies depend on the Houthis to distribute aid, and they pay salaries to Houthis to do so. 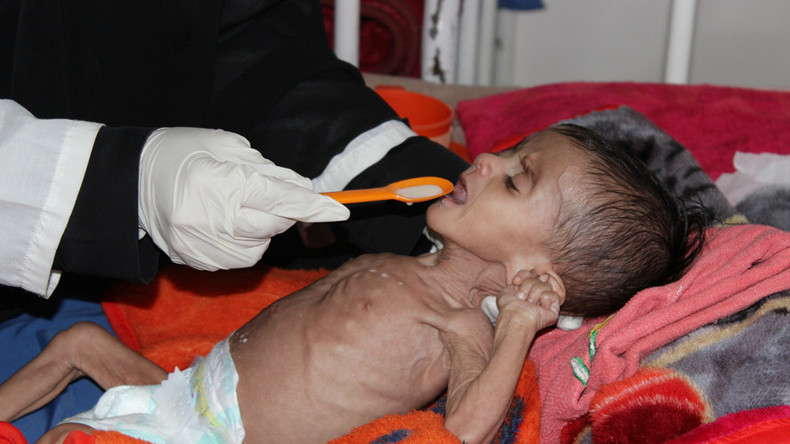 Yemen has been embroiled in conflict since the Houthis ousted the internationally-recognized government in the capital city of Sana’a in late 2014.

The conflict spiraled when a Saudi-led coalition intervened in March 2015 to push back Houthi gains.

The United Nations (UN) has said the conflict had led to the world’s worst humanitarian crisis, with millions on the brink of famine.