EXPLAINED: What do the latest amendments in Protection Against Harassment at Workplace say?

Last month, the Pakistan Parliament notified the Protection Against Harassment of Women at the Workplace (Amendment) Act, 2022, and officially enacted it into law.

The Federal Ministry of Human Rights drafted the bill with extensive input from women’s rights groups and lawyers. The amendments aimed to ensure and facilitate increased participation of women in the workforce and remove the lacunas present in the existing law.

The definition of “complainant” under the Act has been expanded from man or woman to ‘any person.’ It means that now anyone, regardless of gender, can seek protection under the law, particularly the transgender community.

Parents and guardians will now be able to lodge complaints in cases of harassment faced by minors.

Previously, the definition of the workplace was very restrictive. Consequently, this lacuna in law was highlighted in many high-profile cases not considered under the law. In a judgment in July 2021, the Supreme Court had also underlined that the workplace harassment law was limited in scope.

“Any space or place where an employee carries out his/her duties is now considered a workplace.”

Former employees and staffers will now be able to lodge complaints of harassment during their term at their workplaces. Earlier, if an employee left their job due to harassment and a hostile work atmosphere, they could not pursue a harassment case because the definition of the complainant did not include former employees; that has now been corrected.

The definition of “employee” has been extended to comprise regular, contractual, piece-rate, gig, interim, part-time, and freelance workers.

It is a huge step, particularly the inclusion of workers in the informal economy. About 70% of Pakistani women are informal workers previously neglected by the law.

Cases appeal to be decided within 90 days

The description of harassment has been broadened to include harassment resulting in discriminatory conduct based on gender, which may or may not be sexual.

It is to cover instances where the workplace may become hostile or intimidating or otherwise causing interference and hindrance in complainant’s advancement because of discriminatory attitudes.

Previously, the courts had interpreted harassment very narrowly, and the amendments now have broadened the scope to include gender discrimination.

Acknowledging the misuse of laws such as defamation to punish survivors who come forward, the law now empowers Inquiry Committees to consider “counterblast suits” for defamation as retaliation.

The law had sufficient protection against false complaints of harassment. Section 5 of the Act already provides that an action can be taken against the complainant for filing a fraudulent complaint. The exact section often threatens complainants for withdrawing complaints. 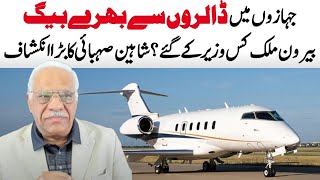