The MasterChef USA runner-up also revealed that he has many fans in Karachi.

Leslie Gilliams, the second runner-up of the Season 5 of MasterChef USA, has expressed a desire to open a restaurant in Karachi.

The development came after a Pakistani Instagram user called the chef a “legend” and expressed his wish to invite Gilliams to establish a flagship restaurant in the City of Lights.

“What a legend! (I) wish I could invite you (Leslie Gilliams) to open a flagship restaurant in the heart of Karachi, Pakistan,” the Pakistani Instagram user revealed in a story on Instagram.

In response, Gilliams shared the Pakistani Instagram user’s story in a post on Instagram and stated that he is ready to open up a restaurant in the City of Lights.

Gilliams also appealed for ‘donations’ for the establishment of the flagship restaurant.

“I’m thinking of starting a GoFundMe page so I can open up a restaurant in Karachi, Pakistan,” Gilliams stated in a post on the social media site.

“I have a lot of fans in (the cities of) Bangladesh and in Karachi, Pakistan. Who wants to be the first to donate?”

Apart from Karachi, Gilliams also shared other cities in the post, including Dubai (UAE), Dhaka (Bangladesh), and Jakarta (Indonesia), hinting that he has many fans in these cities as well. 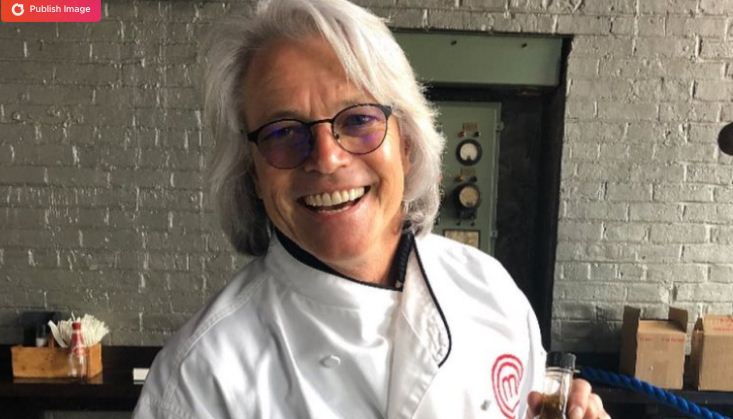 Leslie Gilliams is an American chef, stay-at-home Dad, and reality television personality. He is based in Malibu, California.

The legendary chef has a net worth of more than $2 million.

Gilliams is known for his frank and outspoken attitude and proved himself to be a strong competitor during his presence on the reality cooking show.