The Federal Minister for Energy, Omar Ayub Khan, and the Qatari Energy Minister, Saad Sherida al-Kaabi, signed the agreement at the Prime Minister's Office in Islamabad. 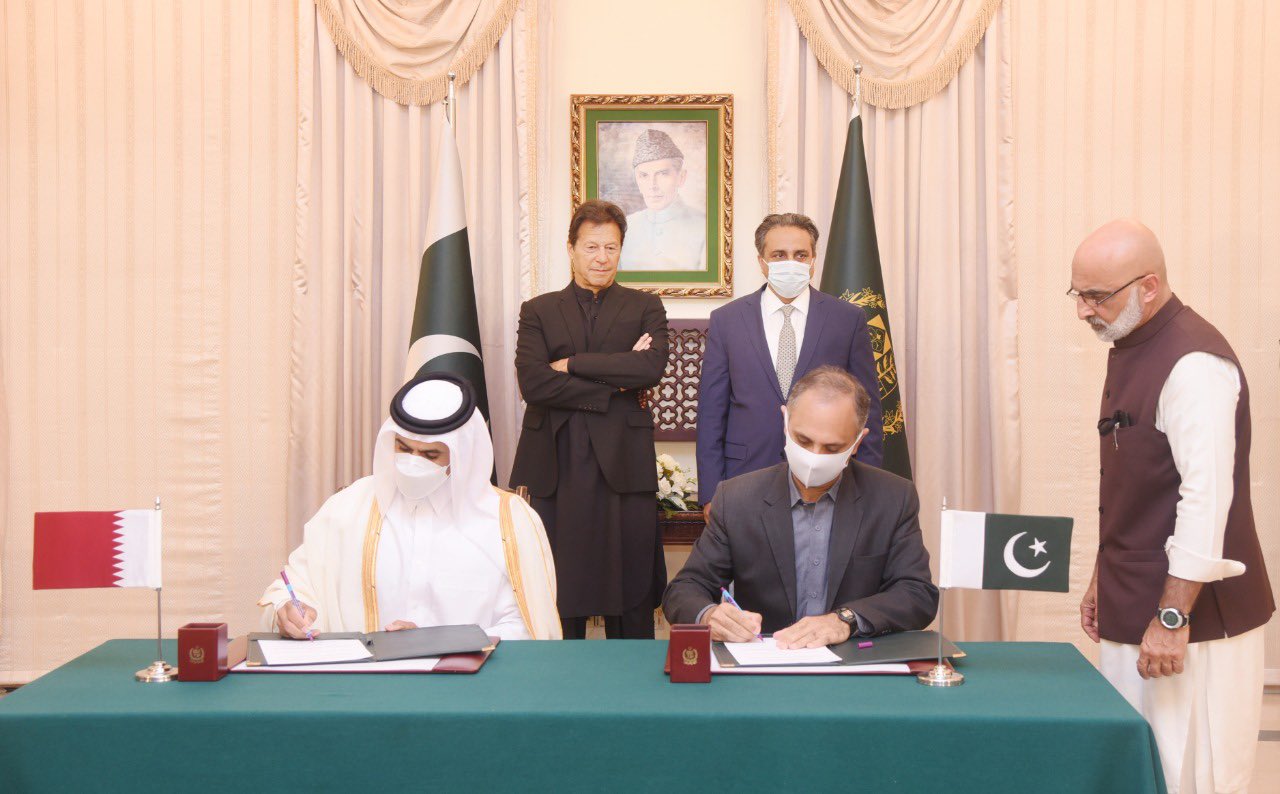 The Prime Minister, Imran Khan, said on Friday that Pakistan would save $3 billion via a new 10-year Liquefied Natural Gas (LNG) import agreement with Qatar.

The incumbent government has the agreement as one of the cheapest purchase contracts in the global energy sector.

United Nations: With every passing 10 minutes, a child in…

The two countries signed the agreement in Islamabad when ? under which Qatar will provide three million tons of gas to Pakistan for ten years at 10.2% of Brent crude prices.

The Federal Minister for Energy, Omar Ayub Khan, and the Qatari Energy Minister, Saad Sherida al-Kaabi, signed the agreement at the Prime Minister’s Office in Islamabad.

“New #LNGDeal by Govt of Pakistan with Qatar is 31% cheaper as compared to the old deal by PMLN”
Nadeem Babar, Ministry of Energy Petroleum Division. Check this video to learn about reduction of $300 million+ and other savings. #PakistanMovingForward pic.twitter.com/58enFvq5Xn

At the same time, the premier witnessed the signing ceremony.

The prime minister later claimed while addressing a ceremony in Lahore that Pakistan would save $300 million annually due to the new LNG import deal with Qatar.

“Pakistan will save $3 billion in ten-years time,” Khan said.

The Qatari Minister, al-Kaabi, termed the agreement with Pakistan as “historic” and expressed confidence that it would open up new development vistas.

He said his country would also promote bilateral cooperation in other areas of mutual interest.

Under the new agreement, the government said it would be able to import LNG during winter this year to meet the country’s growing energy demand.

He said that Pakistan would get LNG at a cheaper rate even compared to the spot purchase, adding that the Pakistan State Oil (PSO) would execute the import agreement.

Providing background information on the new deal, he said the government had been negotiating it with Doha for the last two years.

The prime minister had also directly spoken to the Qatari Emir, Sheikh Tamim bin Hamad al-Thani, in this connection.

“This is the cheapest agreement in the long-term LNG import deals of the world,” he said while denying rumors that the government wanted to keep the agreement a secret.