The minister remarked that anyone entering Pakistan's territorial waters without permission would be stopped. 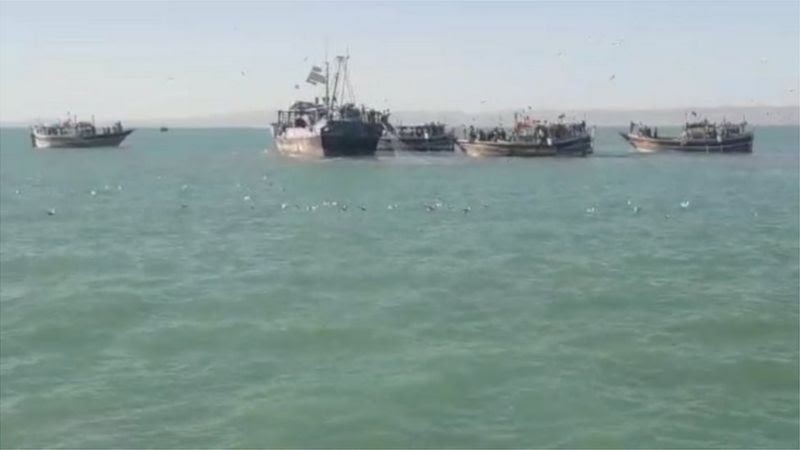 The Government of Pakistan has seized around five Chinese fishing trawlers illegally sailing and allegedly fishing near the coast of Gwadar.

The trawlers were first spotted last week near the coastal area of ​​Pasni.

#Chinese fishing trawlers have amassed at the #Gwadar port posing a threat to the livelihoods of thousands of #fishermen in the #Balochista Video showing Chinese fleet consists of 'factory ships', which contain food processing units to preserve fishes trawling near Gwader. pic.twitter.com/nbSZ7ttU4S

Pakistan’s IT exports smash $2 billion mark for the…

The Minister for Maritime Affairs, Ali Haider Zaidi, confirmed the news of the trawlers’ seizure to BBC Urdu and said that his ministry was investigating the matter further.

The minister remarked that anyone entering Pakistan’s territorial waters without permission would be stopped.

Zaidi said, “The Chinese Embassy has given us a letter declaring that the trawlers arrived here due to an emergency and bad weather.”

Earlier on Friday, Zaidi wrote on Twitter that foreign trawling in Pakistan is banned and that the Maritime Security Agency is monitoring vigilantly to prevent it.

Deep sea trawling is banned in Pakistan waters.
PMSA is closely monitoring the trawler & boats spotted near Gwadar.
Have ordered an inquiry. Strong action will be taken. Protecting our local fishermen is our top most priority.

It is pertinent to note that the local fishermen of Gwadar were the first to spot the Chinese trawlers on the coast.

Khudaidad Wajo, the Chairperson of the Gwadar Fishermen Alliance, informed BBC Urdu that the fishermen from Astola Island saw around four Chinese trawlers that were fishing for the last two weeks.

When people from the Fisheries Department went to check on them, they discovered the fish they caught was from the waters of Balochistan with them.

Wajo alleges that the government was aware of the Chinese trawlers as they could not have entered Pakistan’s territorial waters without prior permission from the authorities.

Khudaidad added that instead of protecting the locals’ rights, the government was “handing over our livelihoods to China”.

Meanwhile, a protest was held in front of the Gwadar Press Club by the Balochistan National Party (BNP) and Baloch Students Organisation against the government’s alleged move of allowing the Chinese trawlers to fish in Pakistani waters.

Mir Hamal Kalmati, an MPA of the BNP, also raised the issue during a session in the Provincial Assembly of Balochistan.

Speaking to BBC Urdu, Kalmati reported that four huge Chinese trawlers had arrived on the coast of Balochistan during Eid al-Fitr.

He added that the trawlers are equipped with advanced and modern equipment, which allows them to catch fish in big quantities.

Kalmati also claimed that the trawlers could not have arrived without the permission of the Government of Pakistan.

He alleged that the government was forcing the locals to protest by allowing foreigners to illegally “commit fish genocide.”

Meanwhile, according to Gwadar Port sources, the Chinese embassy has contacted the Pakistani government to allow the trawlers to take the illegally caught fish back with them to China.