Many Bangladeshi fans perceived the flag hoisting to be a political move ahead of the golden jubilee celebrations of the nation’s independence.

The Pakistan cricket team arrived in Dhaka on Monday to prepare for the three T20 International matches, beginning on the 19th of November. During a practice session on Tuesday, the Pakistani team decided to hoist its national flag in the Mirpur ground.

However, the flag hoisting sparked a massive controversy on social media. Many Bangladeshi fans perceived the flag hoisting to be a political move ahead of the golden jubilee celebrations of the nation’s independence.

Netizens took to social media to share their concerns and objections. Here’s what they said:

Different countries have come to #Bangladesh innumerable times, many matches have been played by practicing.But neither party needed to practice burying their national flag on the ground.But why did #Pakistan do that…
What does it indicate?#BANvPAK pic.twitter.com/bxUyTq5K1s

I Have No Problem Personally, But I Understand Their Concern#Pak Team Should Have Followed ICC Protocols And Ask Permission
Its A Sensitive Issue #BANvPAK pic.twitter.com/RAPeNRHhTu

Go back Pakistan. Bangladesh should stop the series. Ban any kind of Pakistani flag in Bangladesh.#RecogniseTheGenicide1971 https://t.co/viUEAx5Nfq

Pakistan started preparation ahead of three-match T20I and two-match Test series against Bangladesh. Pakistan team hoists a national flag there– surely a new scene here. Cannot remember any team doing it here in recent past. Finally some int'l cricket in Mirpur. #BANvPAK pic.twitter.com/922Alf4LeC

Players of Pakistan cricket team practice by hanging flags at Mirpur Stadium. Hanging flags is not an expression of heroism. If there is, there is nothing to say. Let immediate action be taken. I strongly protest..6

As soon as the controversy erupted on social media, Pakistan Cricket Board (PCB) came forward to justify their action. They took to Twitter and shared that the practice of planting the national flag during practice sessions is relatively standard. They have been engaged in this activity for the past two months, no matter where they are.

While PCB cleared the matter on their part Bangladesh Cricket Board (BCB) did not comment on the Pakistani flag issue.

It is pertinent to mention that traditionally, during international or bilateral matches, the national flags of the participating countries are hoisted during the games across the world. However, the BCB imposed a restriction on carrying foreign flags in 2014.

The decision garnered widespread criticism, following which the ruling was withdrawn. Even though the restriction on foreign flags had been lifted, Bangladesh citizens reacted violently to Pakistan’s flag hoisting. 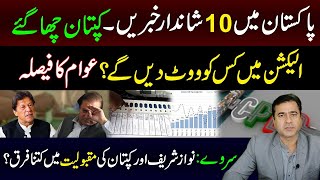