This was revealed in the Pakistan Economic Survey 2020-21 on Thursday.

Nevertheless, the population growth of mules and horses during the same period stayed stagnant.

According To Scientists You Can Actually PREVENT Cancer If…

This was revealed in the Pakistan Economic Survey 2020-21 on Thursday.

According to the survey, the number of farm animals, including goats, buffaloes, camels, and sheep, has also increased.

The economic survey disclosed that the total amount of animals in the South Asian country surged to 21.31 million compared to 20.7 million during 2019-20 (FY20).

According to further details revealed by the economic survey, the number of donkeys in the country has increased from 5.5 million to 5.6 million.

Meanwhile, the number of horses and mules in Pakistan has not increased in the year 2020-21 (FY21).

It is pertinent to note that donkeys from Pakistan are being exported to China.

Interestingly, the donkeys are highly priced there, notably for their hide which is utilized to make traditional Chinese medications.

Gelatin produced from donkey skin has been long considered to have medicinal properties in China.

It is traditionally considered to nourish the blood and boost the immune system. 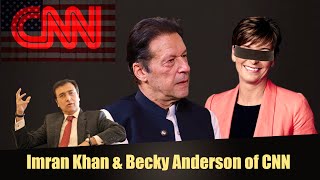 Dr Moeed wants to convey something to PM