China accounted for the majority of Pakistan's exports. 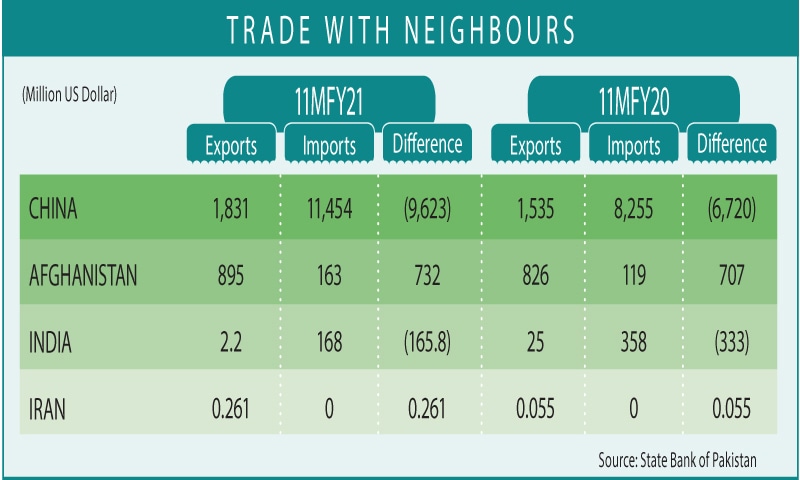 Paki­stan’s exports to nine regional countries witnessed a growth of 6.23% in the first 11 months of the recently concluded FY21.

This was revealed by the SBP (State Bank of Pakistan) on Saturday.

The rise in export proceeds was observed in the post-Covid period.

It is pertinent to note that Islamabad has halted trade relations with New Delhi. Only pharmaceutical products from the neighboring South Asian country are allowed to be imported.

The majority of the trade with Tehran is carried out via informal channels in frontier areas of Balochistan.

Meanwhile, no documented imports were made from Iran in 11MFY21.

During FY21, Islamabad had signed the first-ever FTA with Colombo. Nevertheless, trade between the two states remains greatly behind its actual potential.