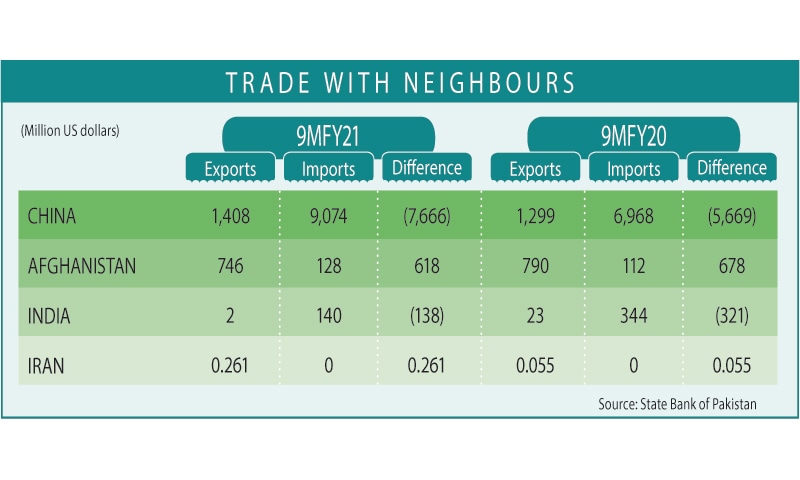 Pakistan’s exports to its nine regional states fell over 5.7% in the nine months of the current fiscal year due to the impact of Covid-19.

This was revealed by the State Bank of Pakistan (SBP) on Monday.

The majority of of the trade with Tehran is carried out via informal channels in border areas of Balochistan.

Islam­abad has reached out to Dhaka to revive talks to facilitate trade between the two nations.

In the month of March, no export proceeds were sent to the Maldives.

Meanwhile, Pakistan’s export proceeds to Bhutan were recorded at $0.043 million in 9MFY21 against $0.094 million over the last year.

However, Pakistan’s trade deficit with the region narrowed slightly during the period under review as imports from these states also dipped.