This October trade deficit is recorded as $1.9 billion as compared to last year’s $2.9 billion.

During the same period last year July-October of the fiscal year 2018-2019 the trade deficit was recorded as $11.7 billion, whereas this year it is reduced by 33.5 percent, recorded as $7.8 billion.

Christian Youth Beaten To Death By Landowners For Bathing In…

A decline in imports helped

A decline of 19.3 percent in the imports is ascribed to be the reason for the decrease in the trade deficit. Imports are recorded as $15.3 billion during the first four months of the fiscal year 19-20 as compared to $19 billion during the same period last year.

Well when we talk about October, the deficit fell by 32 percent compared to the parallel time of last year. This October trade deficit is recorded as $1.9 billion as compared to last year’s $2.9 billion.

Meanwhile, a small increase of 3.6 percent has been recorded in exports. Exports increased from $7.3 billion to $ 7.5 billion in the first four months of this fiscal year.

However, this fiscal year in October exports has been increased by 6 percent. This has raised the exports from $1.9 billion to $2 billion.

[3/5]The REDUCTION in TRADE Deficit by 1/3 is in line with the trend of Q1 of 2019-20.This will significantly contribute to reduction in the Current Acct Deficit & will save precious foreign exchange.Alhamdolillah, efforts of MoC under the leadership of PM have started to pay off pic.twitter.com/EwV9DHX90J 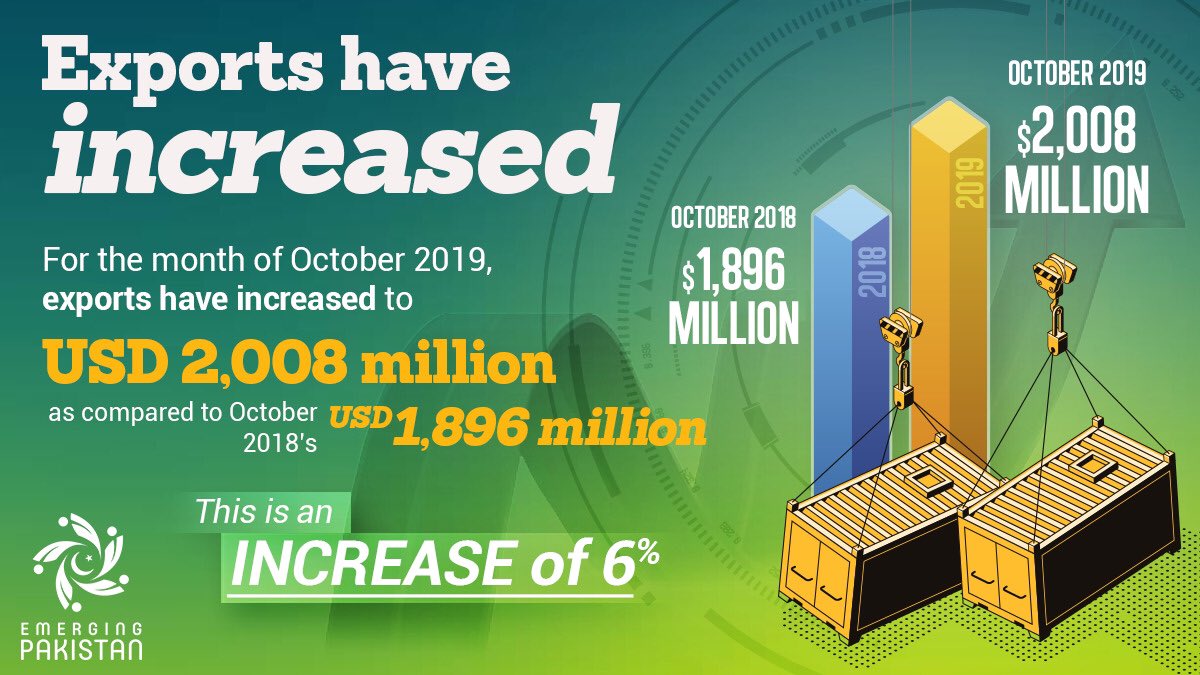 Muzaffargarh: Brothers bury their 21-year-old sister, her newborn son ALIVE in a grave

Crackdown Against Shops Selling Masks At A Higher Price Begins, One Pharmacist Arrested