Broadcast deal worth over $200 million between PCB and PTV cancelled

is still unclear what resulted in the deal between PCB and PTV getting cancelled.

The Pakistan Cricket Board (PCB) has suffered a huge financial blow after the $200 million broadcast deal with PTV fell apart. According to ESPNcricinfo, PCB has opened a new tender inviting bids for new media rights for home internationals for their upcoming series against West Indies and Australia.

In 2020, the PCB and PTV had signed a three-year broadcast deal worth over $200 million. Furthermore, PCB and the Cable Association of Pakistan also reached an agreement which would prevent the content owned by PCB to be redistributed without proper authorisation. The contract signing ceremony was witnessed by the Prime Minister and PCB’s patron-in-chief – Imran Khan – at the PM House.

Following the deal, the state broadcaster got the rights to broadcast the Pakistan cricket team’s home fixtures as well as the domestic cricket tournaments. The deal between PCB and PTV put an end to the long term relationship between the board and Ten Sports.

The illegal redistribution of PCB’s content was resulting in huge financial losses for the cricket board. The deal was going to put an end to the illegal broadcast of cricket matches in Pakistan. It is still unclear what resulted in the deal between PCB and PTV getting cancelled. 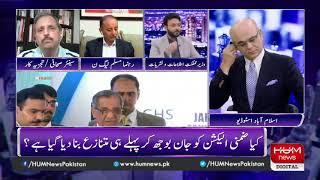