The new government sparked a lot of hope in the previously depressed nation. With all the shinning promises that were made, one that stood out was shunning the previously adopted lavish lifestyle of the ruling elite. Committing to nation strict austerity measures and reducing public expenditure it to spend well-being of the people, Imran Khan promised to transform the major official buildings into parks, libraries and universities.

It is delightful to see that the promises weren’t restricted to words merely! Governor Sindh Imran Ismail has announced to open the Governor House building for public use from tomorrow, September 7th.

Pictures of Pakistani couple wearing Shalwar Kameez at their…

8 surahs that promise forgiveness from grave sins according…

As promised, Governor house lawn opens for families to come and use. Tours will be available to schools, it’s going to be very interesting for students. More to come pic.twitter.com/suFhAkMhp3

“The building of Governor House is historic and it has rare artefacts” – said Imran Ismail while talking to media.
Imran further said that the public will not be allowed to walk in the garden, but will be able to visit and see the historic, beautiful building. He also said that ever since he took charge, he has been using only two rooms in the official residence. Only one car is in his use contrary to the previous protocol including 40 cars.

Governor Sindh said that public will be allowed to enter the building from gate 1, following formal identification to assure security. The announcement has received immense public appreciation and people were more than happy to see that the new government has already started to fulfil the promises that were made.

Social media community, with appreciating, also suggested imposing a fee on the visitors so that the governor house can generate money and spend it on its maintenance. The nominal entrance fee will make the building self-sustainable in managing its own affairs.
Here is how the people appreciated and welcomed the long-awaited, historic measure:

Make sure they don’t throw garbage around

It's nice but the governor house should be converted into a university or a hospital with a strict administration & the governor should find another smaller place. Else opening gates & giving garden tours to public is useless.

Assalamualaikum.
Zabardast.
Thank you.
But there should be a ticket on entrance.

What are your views on this? Share with us in the comments section below. 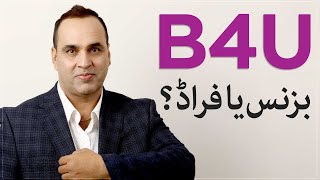