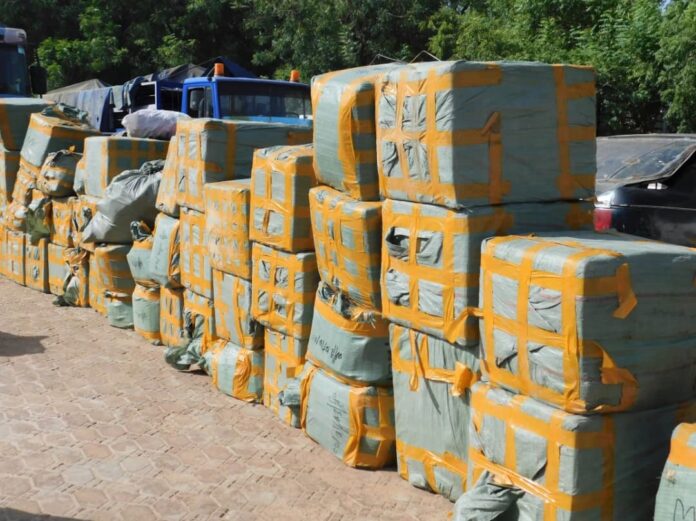 Peshawar Customs authorities have taken into custody non-custom paid goods worth over ₨. 700 million in the past month.

According to details, the Peshawar Customs’ Anti-Smuggling Wing seized the non-customs paid goods in 47 separate operations.

These operations took place at Peshawar and Torkham border as smuggling continues despite fencing on the Pak-Afghan border.

According to sources, it takes many days for non-customs paid goods to be smuggled into Pakistan from Khyber District to Peshawar via Torkham and distributed throughout the state.

Wali Khan, an Afghan resident, affiliated with the trade-related transport on the Pak-Afghan border, said that the majority of the transit goods that enter Afghanistan are smuggled back to Pakistan.

He also expressed that fencing at the border has decreased smuggling to some extent but has not been able to end it as the smugglers are creative.

“Children and women have been recruited for the unauthorized movement goods including tires and other car spare parts, cigarettes, tea, and so on,” Khan said.