On a cumulative basis, remittances have also surpassed previous records. 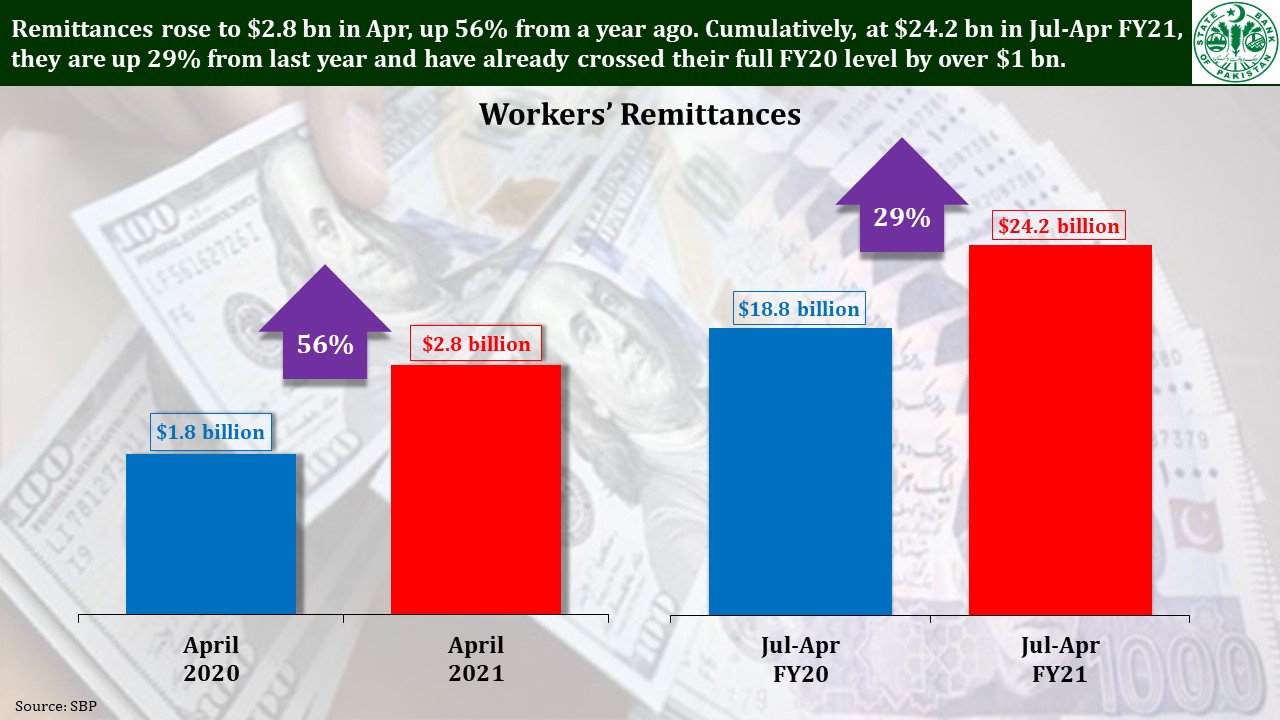 Pakistan’s foreign remittances surged to an all-time monthly high of $2.8 billion in April 2021.

This was revealed by the State Bank of Pakistan (SBP) on Tuesday.

According to the central bank data, the worker’s remittances increased to a number 56% higher in April 2021 than during the same month last year.

On a cumulative basis, remittances have also surpassed previous records.

At $24.2 billion in July-April FY21, remittances increased by 29% over the same period last year and have already crossed the whole FY20 level by more than $1 billion.

On the development, Prime Minister Imran Khan showed his gratitude to the overseas Pakistanis for sending record $ 24.2 billion remittances during the first ten months of the current fiscal year.

In a post on Twitter on Tuesday, the prime minister said he always believed that overseas Pakistanis were the country’s greatest asset.

“I’ve always believed Overseas Pakistanis to be our greatest most considerable asset. In April, your remittances increased to an all-time high of $2.8 billion. Remitting $24.2 billion in the first ten months of FY21, you’ve broken the record level achieved in the entire FY20. Thank you for your faith in Naya (New) Pakistan,” Khan tweeted.

I have always believed Overseas Pakistanis to be our greatest asset. In April, your remittances rose to an all-time high of $2.8bn. Remitting $24.2bn in first 10 mths of FY21, you have broken the record level achieved in entire FY20. Thank you for your faith in Naya Pakistan.

The central bank gave several reasons that contributed to the record levels of remittances this year.

These include the following:

When a moron tries to be OverSmart!!!

Khuzdar, Balochistan: Hindu Community fears for their life as Hindu traders are murdered one after the other