Complaints of Israeli tourists stealing from hotels comes a month after the first commercial flight from Israel to the UAE to off, as part of a new regular service.

“I’ve been visiting the UAE for several years and doing business there,” stated an Israeli businessperson.

“Last month, I arrived at the hotel and was afraid when I saw Israelis are being searched for stolen items from the rooms.”

Israeli media report that just weeks after direct flights started, Israeli tourists in Dubai steal anything that's not nailed down from hotels rooms… Did they not get the government training on how to give Israel a good impression when going abroad?https://t.co/HU6nfHGIRv

Complaints of Israeli tourists stealing from hotels comes a month after the first commercial flight from Israel to the UAE to off, as part of a new regular service.

Moreover, an administrator of a hotel facing the world’s tallest building, the Burj Khalifa, said: “We host hundreds of tourists from all nations of the world, some of them create problems, but we have not seen items stolen before.”

“Lately, we have seen Israeli tourists come to the hotel and pile up all their bags, stealing coffee bags, towels, tea, and even lamps.”

He added: “One time, an Israeli family came to check-out, and we found out that things were absent in the room, and when the hotel staff attempted to tell them that this, they started yelling.”

“After the conversation, they eventually agreed to open their bag, and we discovered that they had face towels, ice containers, and hangers. After we told them that we would call the police, they returned the things and apologized.” 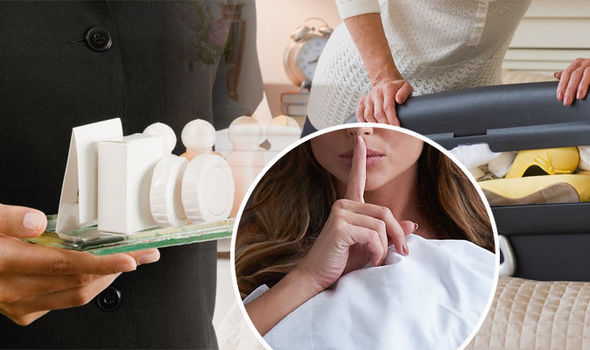 The outcome of the "#normalization" with Zionists!
Getting robbed even in hotels 🤣🤣

They have robbed all sorts of things from Dubai hotels, like spersso machine and shohorne
pic.twitter.com/tkO4YOOypL

In the video, he warned: “They should know that normalization with Israel means having to give up room objects for now, and maybe land later on.”

Israel and the UAE agreed to establish full diplomatic, cultural, and commercial relations following the signing of the ‘peace’ agreements on 15 September at the White House.