The Sindh Education Department authorities further revealed that several women had complained about the installation of cameras.

Recently, a video went viral on social media unveiling a horrifying reality inside a private school named The Haracks School located at Chappal Sun City Scheme 33 Karachi, Pakistan. According to media reports, hidden cameras have been found installed in the washrooms of the school.

So far, the agency has not received any complaints regarding the recorded videos. The director-general of the cybercrime circle is in touch with the school regarding the matter. A team of the FIA will be sent to the school for inspection. The team will check whether the videos were filmed with the intention of women and child pornography or was there any other motive behind it.

Following the incident, the Sindh Education Department launched an investigation. A team visited the private school on Wednesday to examine the matter personally and verify the information. A report was created on the hidden cameras and submitted to the education department.

The Directorate of Inspection & Registration of Private Institutions Sindh report confirmed that the hidden cameras were installed to film private school students and staff in the washroom. Reports further state that the hidden CCTV cameras were stealthily installed in the men’s washroom as well as the female washroom common to both teachers and students. The report read:

Hidden CCTV cameras were installed behind a sheet with holes in the area of the washbasins situated with the toilets of girls and boys washrooms so that one can easily watch the movements of male and female students and staff.

Following the inspection, the Sindh Education Department suspended the private school’s registration. The department further ordered the institute’s administration to provide a show-cause notice on Friday. According to the notification of the education department, the registration of the school will remain suspended until the completion of the investigation.

An inquiry committee of the inspection directorate served a notice to the school administration, asking its principal or a senior official to appear before the department on the 4th of November. However, no official from the school turned up in disregard of the orders.

When confronted by the media, the school administration denied all allegations. The authorities maintained that the cameras were installed in the restrooms for “monitoring purposes”.

This clip proves,how rampant the corruption & moral collapse is in Pakistan 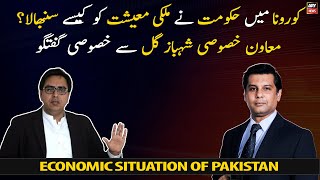 Why PTI is losing the narrative on Booming Economy??? 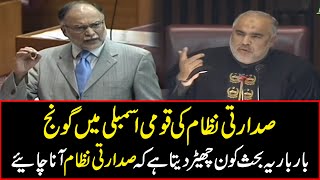