The crowd can be heard promptly, giving a massive round of applause to the West Indian cricketer over his kind act.

Cricket has consistently earned its reputation as a “gentleman’s game” for holding justice and fair play.

There is no more extraordinary sight to see in the world of sports as compared to when a player refuses to acquire an advantage and instead opts for fair play in its stead.

The list of the highest paid IPL 2021 players and their…

England Cricketers Had No Role in ECB Cancelling Pakistan…

A few decades ago, the same was when a match between West Indies and Pakistan was played.

The legendary Viv Richards bowled to a batsman from the Pakistani side who drove the ball.

Nevertheless, his runner at the other end encountered bad luck when the ball bounced off him and ended up straight into the hands of Richards. 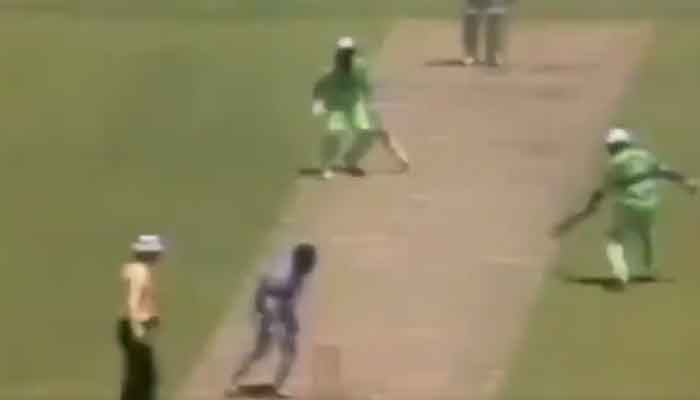 With the batsman short his crease, it was an easy run-out for the West Indian legend.

Nevertheless, Richards walked away from the crease, much to the batsman’s delight, and gestured the batsman to reclaim his position within the crease.

Sir Vivian Richards could have easily run him out, but as the ball had ricocheted off the batsman, he considered it in bad taste. That’s called sportsman spirit. 🏏 @ICC @windiescricket pic.twitter.com/N5kD8IPzq6

The act was immensely admired by the audience, who gave the West Indian player a massive round of applause for giving the Pakistani batsman a new lease of life.

Many netizens said it was Pakistani batsman Javed Miandad.

Nonetheless, due to the video’s poor quality, it cannot be ascertained whether it was Miandad or not.

The crowd can be heard promptly, giving a massive round of applause to the West Indian cricketer over his kind act.

A towering cricketer during his era, Richards was a lethal batsman who could independently turn the game around by ripping bowling attacks to shreds.

The West Indian icon scored 24 centuries from the 121 Test matches he played at a majestic average of 50.23, scoring 8,540 runs in total.

He is contemplated by many as the greatest batsman ever to grace the game.