The Sugar Industry & Our Politicians – Isn’t It The Right Time We Ask For A Conflict Of Interest Law?

There is a very good reason there exists a law named Conflict of Interest in the developed countries. It bars the politicians, lawmakers from doing businesses and holding industries as they would be regulating and making policies about them in the parliament. It is because they can not make objective decisions about them as they have direct stakes involved.

But here we are in Pakistan, no one would ever talk about passing this law as handful of politicians, their relatives and cronies are the ones who own the big business and industries and make policies directly that suit them and their business and no one can object against these powerful politicians as apparently it is not yet illegal according to our law of the land. Poor unaware masses are looted by these politicians sitting in the parliament and no one can do nothing about.

Recently in a bizarre move that again showed the strong influence of sugar barons, the government decided to give Rs15 billion more to the millers, taking the total assistance to them to Rs45 billion in just three weeks. 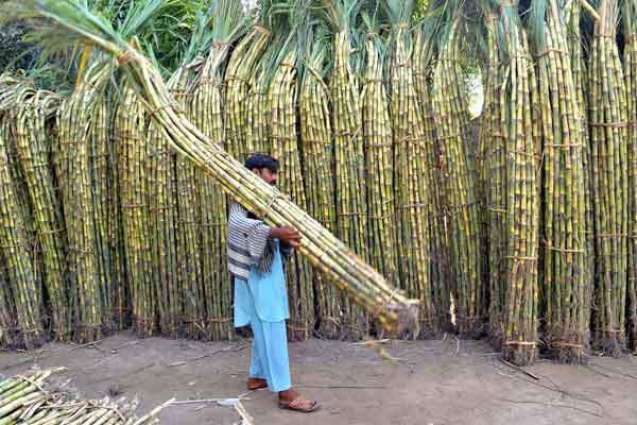 The Economic Coordination Committee (ECC) of the cabinet headed by Prime Minister Shahid Khaqan Abbasi, approved the procurement of 300,000 tons of sugar from the millers for exports. The Punjab government of Shehbaz Sharif, a mill owner himself, had pushed the proposal.

It is well known that the politicians belonging to all three major parties Pakistan Peoples Party, Pakistan Muslim League-Nawaz (PML-N) and Pakistan Tehreek-e-Insaf (PTI) or their close relatives and friends own almost all the sugar mills in Pakistan.

The decision to procure sugar will give a minimum Rs15 billion benefit to the millers who are already ripping off the farmers in Punjab and Sindh by paying them only Rs140 per 40 kilogramme of sugarcane.

Shehbaz Sharif in his recent speech showed his deep concern for poor farmers who by their blood and sweat grow these crops but don’t get appropriate price from their rich industrialist buyer, which ironically in the case sugarcane includes his own family. The opposition politician Imran khan pointed out it his tweet:

Shahbaz Sharif's fake concern for the poor esp farmers stands exposed as his Ramzan Sugar Mills paying farmers only Rs 150 instead of Rs 180 as well as underweighing by 15/20%. Sharif family mills flouting the law with impunity.

A recent article published in Express Tribune shed light on some facts and we quote:

The decision to procure sugar will give a minimum Rs15 billion benefit to the millers who are already swindling the farmers in Punjab and Sindh by paying them only Rs140 per 40 kilogramme of sugarcane. The official rate of sugarcane is Rs180 per 40kg and PTI’s former MNA Jahangir Tareen and Shah Taj Sugar Mills are the only millers that are paying full price to the growers.

Which confirms that it is the sugar mills owned directly by the ruling Sharif family The Ramzan Sugar Mills that is not paying farmers according to official rate Rs 180 per 40kg. But still they would have courage to claim as just claimed today by The Ex Prime Minister Nawaz Sharif that “No one can prove a single penny of corruption against Us” and they somehow are right as it is all being done very cleanly and ‘legally’.

Jahangir Tareen who was the highest tax paying MNA and also the highest payer to the farmers according to Express Tribune and a competitor of Sharif Family in Sugar Industry tweeted about it :

Ramzan Sugar Mills owned directly by Shohbaz Sharif paying farmers Rs 150 instead of Rs 180 and underweighing by 15/20%. All Sharif family mills openly breaking the law and entire Punjab Admin have their heads in the sand……Shame on you SS for stealing from farmers

Obviously it didn’t go down well with Sharif Family and the son of CM Punjab Shahbaz Sharif, a stakeholder in Ramzan Sugar Mills, Suleman Shahbaz came up with a defense which actually was a counter allegation that ‘you do too’.

Jhoota Tareen is fleecing growers of JDW In Rahim Yar Khan by paying 120 and stashing money in offshore . He has swiss accounts also

Though these allegations are not in coherence with what Express Tribune’s report claimed.

Be it PPP, PMLN or PTI, the fact is that these politicians and even some generals to be honest, run the businesses and industries and we the general masses are their consumer market. Lets not forget that this Sugar industry is just a single example. There is a wide range of similar businesses like Poultry, Dairies, Flour Mills Etc that our politicians have monopoly upon. This elite has all the systems and policies rigged according to their needs and interests and we the stupid masses are the idiots who will vote them again in next election.

The question is would we the people ever ask our elitist politicians to approve this law of Conflict of Interest in the parliament and would they ever listen us?