Details have revealed that numerous female students came forward regarding the issue.

A professor was beaten by a group of students from Jinnah Sindh Medical University (JSMU) after he was accused of sexually assaulting female students.

A video from the incident is making rounds on the internet. In the clip, pupils can be seen hitting professor Manzur Ahmad with slippers and shoes.

Details have revealed that numerous female students came forward regarding the issue. They reported that the professor used to ask them to maintain ‘relationships and friendships.’ He also offered them ‘additional marks’ in exams in exchange of the relationship.

A Jinnah Sindh Medical University professor was beaten by students claiming that he sexually harassed their female peers. In a video that went viral on social media, students can be seen beating the accused with slippers.#etribune #news #JinnahSindhMedicalUniversity pic.twitter.com/yaDphnEnI8

Students also revealed that he had been doing this for quite some time now. Registrar Dr. Azam has given a statement about the issue. He said that the professor has been suspended. The complaint is also registered with the university’s harassment and disciplenary comittee. Moreover, an inquiry has been started in this regard.

He also shed light on JSMU’s ‘comprehensive’ and serious anti-harassment policy. According to Azam, the inquiry would be completed with in a week and the results would be disclosed. 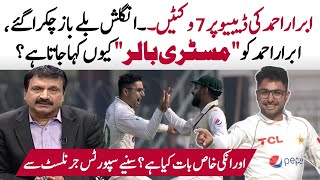 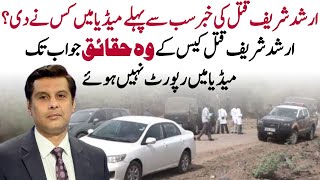 Arshad Sharif Case: Some Important facts that are still not reported