Twitter is filled with videos of the unfortunate incident.

Unfortunate developments emerged from Islamabad’s E-11 as a sudden cloud burst has flooded the area and swept away cars.

Several other areas of Islamabad and Rawalpindi have also witnessed heavy rainfall. 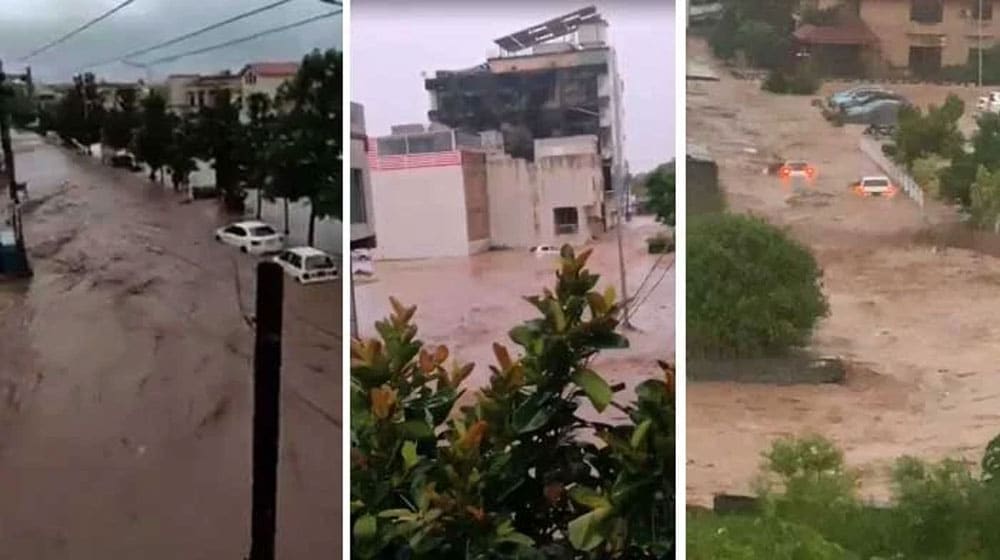 A cloudburst is a sudden, extreme rainfall in a specific area in just a short span of time. Cloudbursts can instantly dump large amounts of water and are capable of producing floods in just a small span of time.

This is E-11 sector in Islamabad. Few hours rain created horrible scenes. We may see more similar scenes in coming days. We can only control floods if we understand #ClimateCrises and #ClimateChange pic.twitter.com/N1XS1EJGFu

The Islamabad Deputy Commissioner, Muhammed Hamza Shafqaat, confirmed the unfortunate developments and advised citizens to avoid unnecessary travel in the federal capital for the next couple of hours.

Cloudburst in Islamabad has caused flooding in various areas. Teams are clearing nullahs/roads. Hopefully we will be able to clear everything in an hour. Everyone is requested to plz cooperate and restricted unnecessary movement for next 2 hours.

Videos emerging from Islamabad’s sectors E-11 and D-12 show cars being swept away in the gushing waters after heavy rains poured down on the Islamabad–Rawalpindi metropolitan area for hours.

The E-11 and D-12 are the worst affected by the rains as they are located next to the Margalla Hills, causing the hill torrents to flood the sectors.

Pakistani Twitter this morning was filled with photos and videos of few areas of Islamabad submerged in water.

Capital of Pakistan,#Islamabad
Scenes after just an hour and a half of rain 👎🤭

Some theories & information regarding the cloudburst in Islamabad on Twitter.

Calling flooding by a massive weather system covering thousands of square kms of area is disingenuous at best and seems designed to deflect public criticism of the flooding in Islamabad to the weather pic.twitter.com/OTVWaUQVKC

This is what cloud bursting looks like, that just happened in Islamabad E-11 today.. pic.twitter.com/jdGdgHfevP

When it’s severe urban flooding in Islamabad, it’s the fault of a “cloudburst” pic.twitter.com/gfrwLyLy3u

A chain is only as strong as its weakest link. Similarly, a city is only as developed as its most under-developed area.

This is the situation of E-11, Islamabad Nullah before the #rain.#cloudburst #Islamabad #Monsoon2021 pic.twitter.com/VVWD3opXpl

Some Pakistan Meteorological Department (PDM) sources disclosed that some areas in the federal capital received up to 330mm of rain in the last few hours. 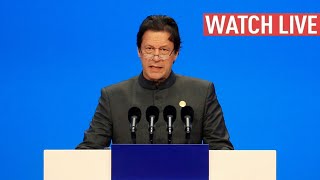